Spencer Williams ranked No. 1 in country after shot put throw 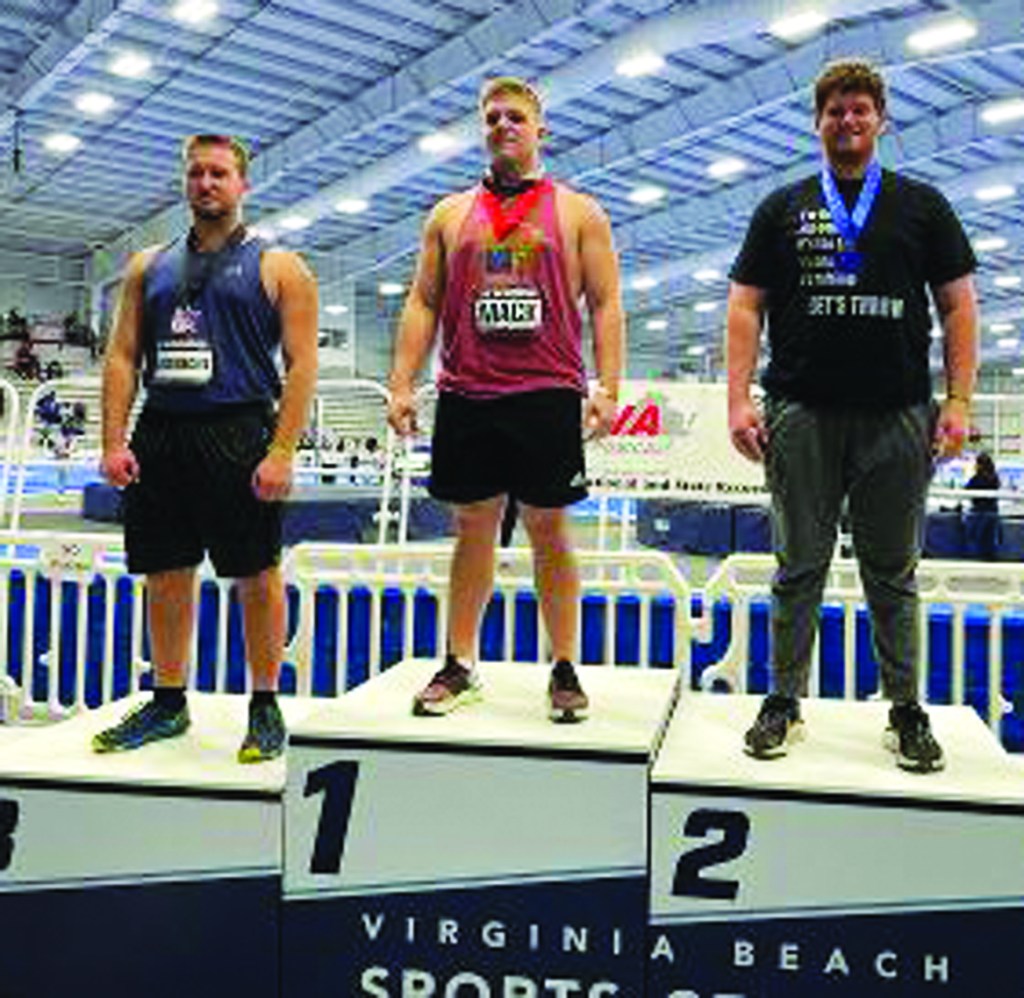 Here’s a sentence seldom typed: A Davie athlete is ranked No. 1 in the country.

After competing in the Virginia Showcase at Virginia Beach on Saturday, Davie’s Spencer Williams is ranked No. 1 in the country in the shot put in his junior class, No. 1 in North Carolina and No. 3 overall in the country.

“This is the big meet that used to be at Liberty,” Davie track & field coach Rob Raisbeck said. “This is the most prestigious indoor meet in the country. They come from all over the country for this meet. The current leader is from South Dakota. The No. 2 thrower is from Ohio and is just two inches ahead of Spencer. Spencer’s throw is the fourth-best indoor mark in North Carolina in the last 21 years and tied for the best mark in the junior class during that period.”

“My first throw was 49 feet; it was horrible,” he said. “So I was kind of doubting myself a little bit. Then it all fell into place.”

“After throwing (the 60-footer), I just sat there and stared at the ground for like 10 minutes, just thinking about it,” he said. “I really believe it was God that got me that throw. Things just didn’t start out going my way, but they finished going well and I’m just beyond blessed for my opportunities I’ve been given.”

Williams said his next meet will be in March.