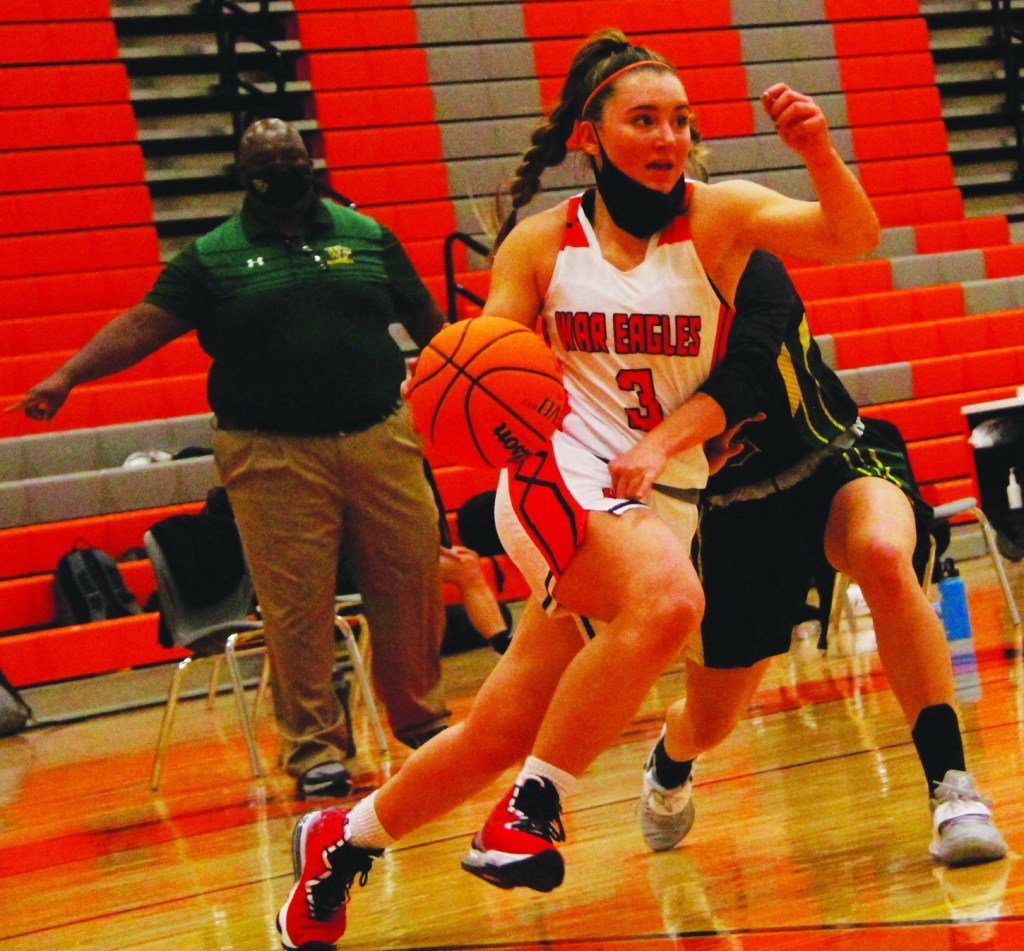 It’s got to be frustrating to have been quarantined multiple times and played zero games, while the other side had three games under its belt.

It’s got to be frustrating to be a rebuilding program and who do the basketball gods give you as a season-opening opponent? A vaunted program, of course.

When you look at all the elements around the West Forsyth-at-Davie varsity girls basketball matchup on Jan. 16, it wasn’t a surprise that Lindsey Adams’ debut as Davie’s coach was a lopsided loss. The Titans were too big, too experienced and too talented for the work-in-progress War Eagles, who fell 73-32.

But the War Eagles did come out playing tenacious defense against West. The Titans missed their first five shots, including four from 3-point range. It was still 0-0 at the 4:30 mark of the first quarter. West finally got on the board at 4:28.

Davie, though, couldn’t take advantage of its effective defense/rebounding during that stretch because it missed its first 10 shots. Davie’s first basket came with 2:30 left in the first, cutting West’s lead to 7-2.

Adams is building Davie inch by inch, and everything in Year One is going to revolve around aggressive defense.

“Defense is what our focus is,” she said. “We want to up the pace on defense and force turnovers. We did that in the first quarter. But after a couple lapses on defense, we lost our focus.”

And then: “We’ve been quarantined three times, so our girls were gassed in the second half. They were very tired. That’s just the times we’re in right now with COVID and everything.”

Volleyball runs into juggernaut in playoffs