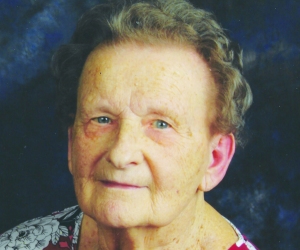 She was born on Nov. 21, 1932 in Rowan County. She was the daughter of the late John Buren Allen and Lenora May (Beck) Allen. She is preceded in death by: her husband, Roy “Dick” Alison Cranford; a son, Roger Dale Cranford; a sister, Wilma Safriet; and a granddaughter, Victoria Cranford.

She was a seamstress. She retired from T&V Specialist making airline seat covers.  She met the love of her life Roy “Dick” Cranford and married him in July of 1950, the couple remained happily married until his passing.  She attended South River United Methodist Church.

A drop-in visitation will be held Tuesday, Jan. 12 from 9 a.m.-noon and noon-1:30 p.m. with the family at Davie Funeral Service of Mocksville. A graveside service will follow at 2 p.m. at South River Methodist Church.  Officiating will be AJ Moore and Tim Kelty.