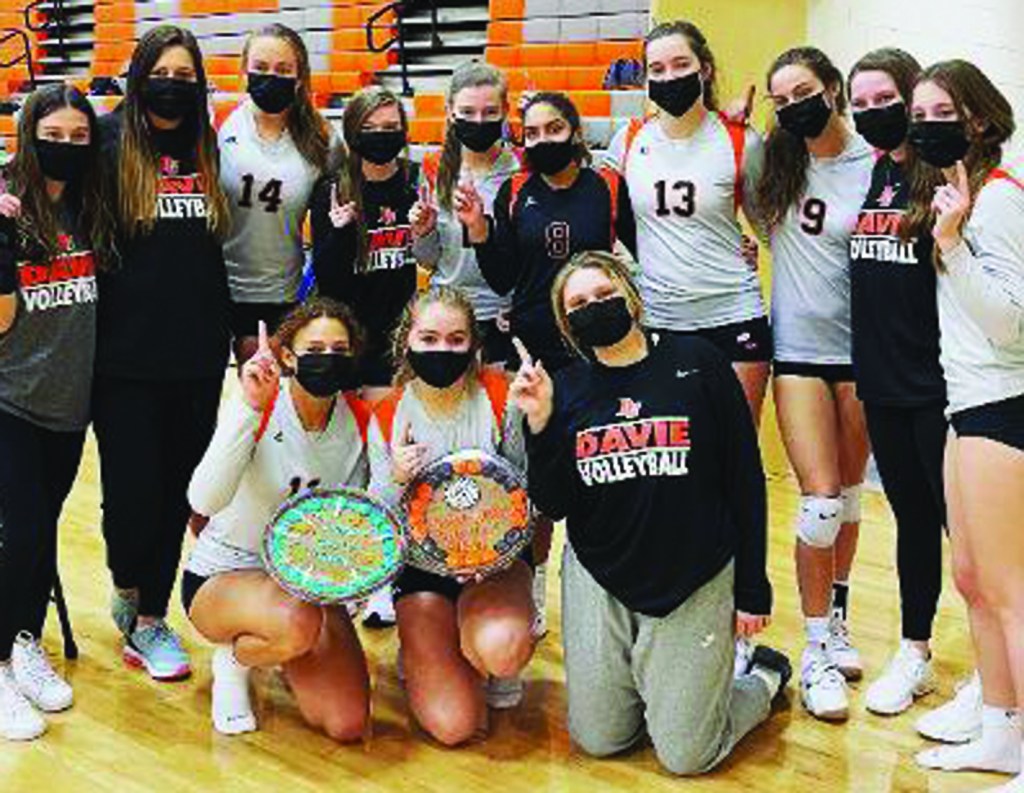 The 2020 Davie JV volleyball season was power and precision and skill and everything you’d want from a team. This was utter domination.

The War Eagles of Brittani Steger wrapped up an unforgettable 10-0 season last week. The amazing thing is Steger’s girls achieved perfection with only two sophomores and 10 freshmen.

“We have four kids around 5-10 or 5-11,” varsity coach Amber Brandon said. “That’s pretty good size for a JV team. They have that grit of working hard. They’re scrappy, running all over the floor and doing anything they need to to win.”

After going 8-0 in the Central Piedmont Conference, the War Eagles closed with a pair of nonconference matches.

They traveled to Mt. Airy on Dec. 29. The Granite Bears seemed no match for Davie in the first set, which ended 25-5 thanks to Lauren O’Connor’s masterful serving. But Davie wound up needing a third set to finish off the hosts.

“Lauren went on a long serving streak, and that was pretty much the difference in that score,” Brandon said. “I mean she scored the first 16 or 17 points of the game, and Mt. Airy couldn’t do anything with it. She does a really good job of mixing it short and deep. If she finds somebody that struggles to pass it, she has enough control of her serve that she can pretty much put the ball where she wants and go after that person. That’s something that she’s really worked on this year.”

But then Mt. Airy threw a scare into the mighty War Eagles, taking the second set 25-18. Davie had found itself heading to a third set for just the third time in nine matches. (Reynolds and Reagan were the other opponents to take Davie to the limit.)

The winning streak lived on as Davie regrouped in time to win the third set 15-8.

“I knew about Lauren coming into the season,” she said. “I knew she had a ton of potential. I knew Hailey was going to be a strong libero. There was a lot of role play pieces that were stronger than I thought they would be. Caroline had a really good year. We asked her to do a lot of different things, and she did a great job with that. She kinda reminds me of Emma Slabach. Emma played three different positions on varsity (from 2016-18), and Caroline is very similar to that. You can pretty much stick her anywhere and she can figure it out.”