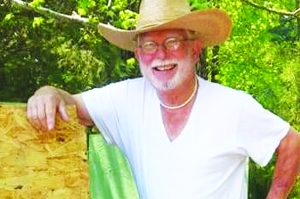 Mr. Stanley was born on April 24, 1934, in Waxahatchie, Texas, to the late H.J. and Mary Ann Weatherford Stanley. Mr. Stanley was a veteran of the U.S. Army, where he served with Elvis Presley. He was a civil engineer by trade and loved carpentry. Mr. Stanley graduated from Texas A&M in 1956 and was proud to be an Aggie. He was an Elder at Country Club Road Church of Christ in Roswell, N.M., where the children referred to him as “Papa Smurf” and was also an Elder at the Church of Christ of Walla Walla, Wash. While living there, he spent many summers at Snake River, where he enjoyed water skiing. He also had many friends at North Main Street Church of Christ in Mocksville. He was a loving husband, father grandfather, brother and friend who will be remembered by his smile.

He was also preceded in death by his wife, Joyce Wilson Stanley; a sister, Julia Mae Stanley; a granddaughter, Carrie Joyce Brown; and an infant grandchild.

A memorial service will be conducted at a later date, with inurnment at South Park Cemetery in Roswell, N.M.