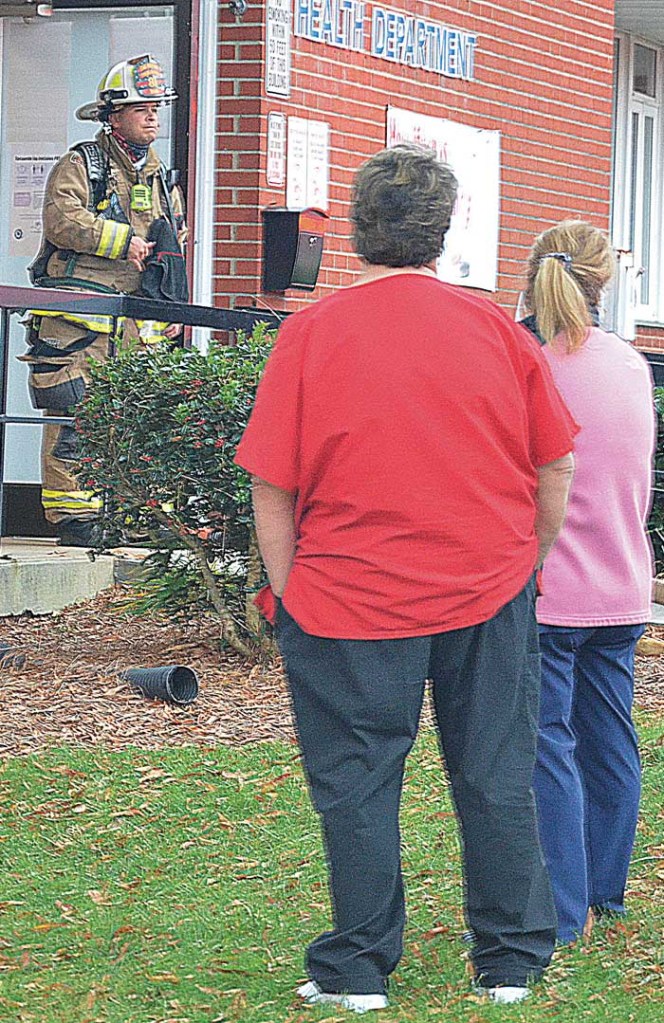 Employees watch as firefighters investigate the cause of smoke. - Photo by Robin Snow

A fire scare at the Davie County Health Department late Friday afternoon turned out to be a faulty compressor on a vaccine storage freezer.

No injuries were reported, and the health department was open on time on Monday morning.

“Staff ensured the safety of all patients in the building by getting patients and families out first,” she said. “Staff then closed all doors and evacuated to either the front or back parking area as determined by their location in the building at the time – and according to our safety plan.”

Fire departments and the county’s maintenance department were called to investigate.

“Mocksville Fire Department arrived to find moderate smoke conditions inside the building, but no active fire,” said Mocksville Fire Chief Frank Carter. “An extensive investigation found that a cooler in the pharmacy had a mechanical failure in the compressor causing the smoke. There was no damage to the building.”

Vaccines stored in that freezer were moved to another location where appropriate storage temperatures could be maintained, Wright said.

“Luckily, this occurred while staff members were still in the building; otherwise, this could have turned out differently.

“We appreciate the prompt response from facilities maintenance staff and our local fire and emergency personnel,” Wright said.