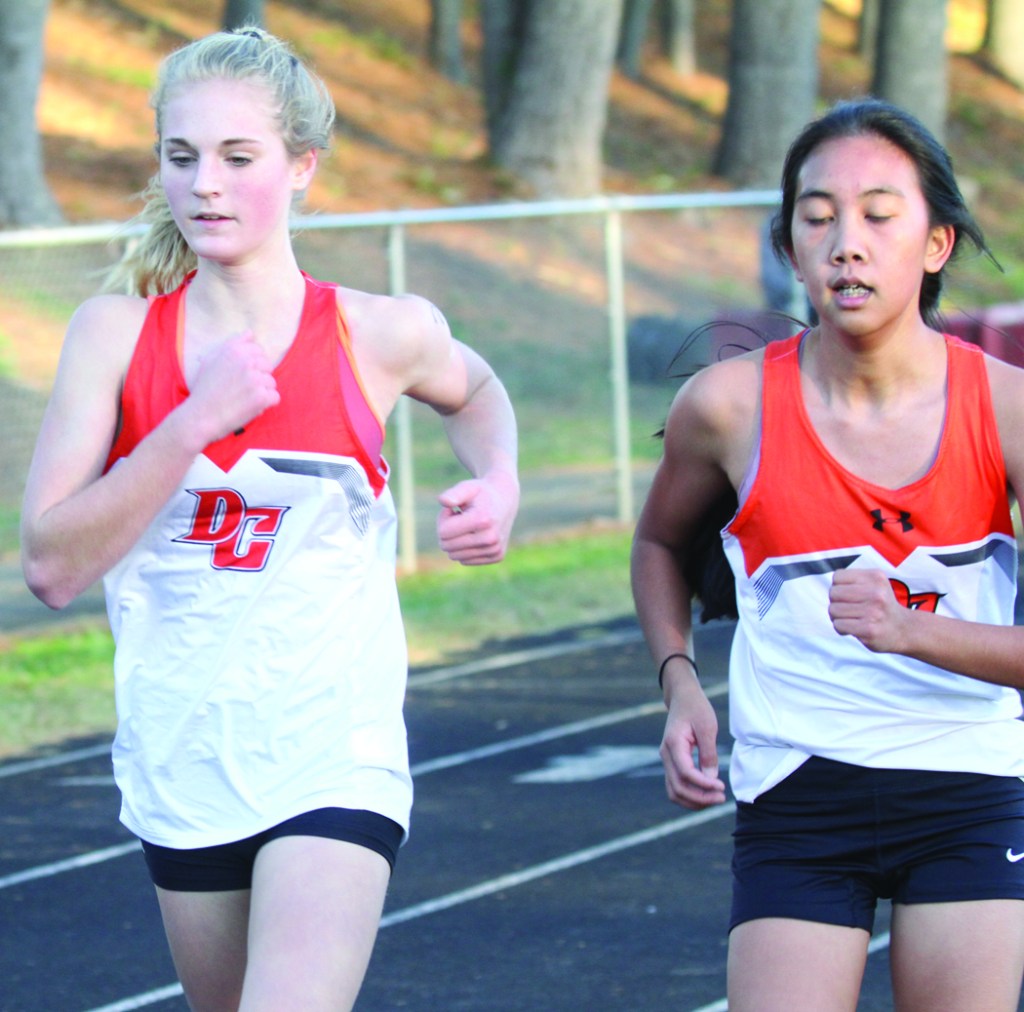 The Davie cross country team returned to Ivey Redmon Park in Kernersville on Dec. 2 for a Central Piedmont Conference battle with West Forsyth and Glenn.

Due to the Forsyth County championship scheduled three days later, West only ran its JV team, setting up a mismatch against the War Eagle varsity. The Davie boys ran without two of their top runners but recorded a perfect score of 15 points. West scored 50 points for second place. Glenn did not register a team score.

The host school, Glenn, elected to run a shortened two-mile course as opposed to the traditional 5K. Caleb Young and Nate Brooks ran stride for stride the whole race with Young scoring a one-second win over Brooks in 10:58. Sebastien McEwen and Cole Swade ran together before McEwen edged out his teammate by a second in 11:40.

“This was basically a workout for us,” said coach Rob Raisbeck. “We held out two of our guys and that gave some younger runners a chance to line up with varsity. Jay, Grant and Matthew worked hard in practice, and Coach (Jeff) Jones and I wanted to reward them by letting them run with the varsity.”

A similar scene unfolded in the girls’ race as Davie took the top five places and nine of the top 10.

Davie scored a perfect 15 points to outpace West (48). Glenn did not register a team score.

“Just like the boys, this was a good workout for our girls,” said Raisbeck. “The West girls are going to battle for the state championship in January, so we did not see any of their top athletes. We won’t go head to head with their best runners until the CPC championships Jan. 6.”

Davie returns to competition with two more CPC tri-meets on Dec. 10 and Dec. 17. Both meets will again be at Ivey Redmon Park.