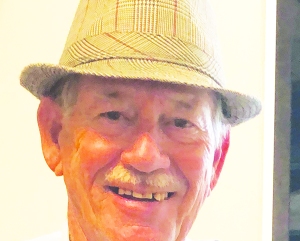 He was born on Nov. 9, 1945 in Davie County.  He was the son of the late Asberry Stanley and Mageline (Reynolds) Morgan. He is also preceded in death by a brother, Denny Stanley.

He met Cathy (McDaniel) Stanley in June of 1970 and they were married in Davie County.  He attended school at Rowan Tech to be a machinist.  He worked for Rags Inc. of Rockwell and Blackwater Manufacturing, retiring in 2003.  He was a member of Trinity Baptist Church.  He was a fisherman, he lived and breathed it.  He also had a deep love for his grandchildren and the water.

A visitation will be held Wednesday, Dec. 2, 10 a.m.-4 p.m. at Davie Funeral Service of Mocksville.  A service will held at 4 p.m. with Pastor Darrell Cox officiating.