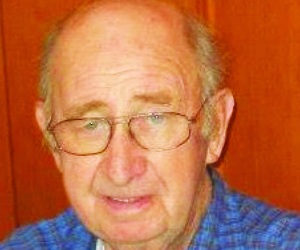 He was born on June 28, 1932 in Davie County to the late Eddie Nathaniel and Annie Sidden Hendrix. Mr. Hendrix was a veteran of the U.S. Army having served during the Korean Conflict and retired from Western Electric. He was a servant of God serving in many capacities as a member of Fork Baptist Church. He had been chair of the Board of Deacons and had taught Sunday school and RAs. He had been a volunteer with Fork Fire Department and enjoyed landscaping, yardwork, farming and raising his garden. He never met a stranger and was a loving husband, father, grandfather and great-grandfather.

A graveside service was conducted at 2 p.m., Sunday, Nov. 22,at Fork Baptist Church Cemetery with the Rev. Robert Garrett officiating.

Frederick O’Neal Gaither, 81, of Mocksville, died on Nov. 16, 2020 at Forsyth Medical Center in Winston-Salem. He was born... read more