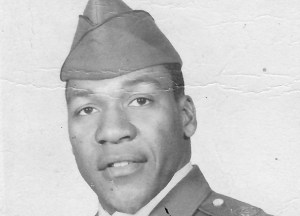 He was born in Davie County on Sept. 4, 1939. He was the son of the late Tom Gaither and Betty Marie (Booe) March. He is also preceded in death by: brothers, Michael Gaither and Bernard Gaither; and a sister, Carole Gaither.

He attended school in Davie County and Salisbury. He also attended classes at Livingstone College. In 1974 he married Dorothy Mae Sullivan, who became his wife of 46 years.  He honored his family and his country by serving 23 years in the U.S. Army. Outside of his Army days, he was a CNA 3 and worked in Salisbury VA.  He was a good Christian ma, and a member of St. John AME Zion Church. He loved his grandchildren, playing the saxophone, and spending time with his family and friends.