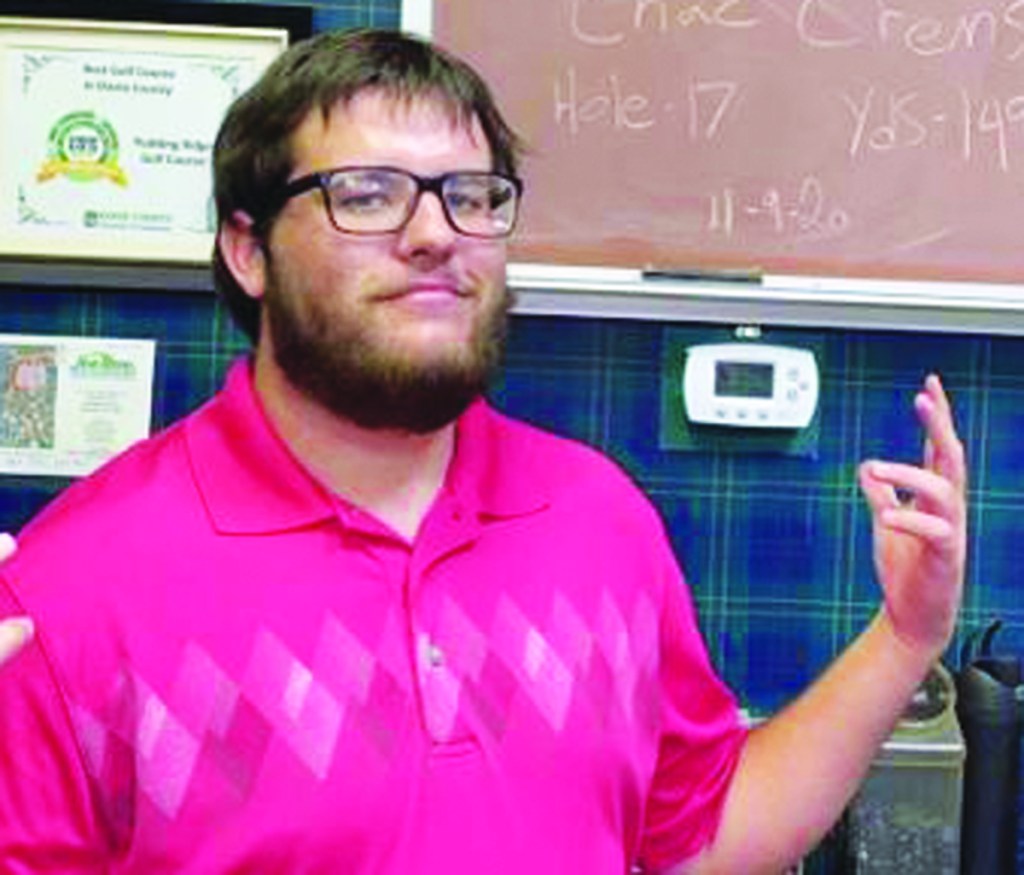 Crenshaw, Burke Rosenbaum and Tommy Landy were playing at Pudding Ridge Golf Course on Nov. 9. They stepped up to No. 17, a par 3 at 149 yards.

“I kind of hit it on the toe and it was drawing in there,” Crenshaw said. “Tommy looked me dead in the eyes and kept saying it’s really good and that might be in the hole. It kept drawing but I didn’t think it would be as good as it was. I thought it was short again.

“We got in the golf carts and flew up there. Lo and behold, it was in the hole.”

High as a kite, Crenshaw couldn’t come down enough to play the last hole, so they called it a round. The Davie junior has equaled his dad’s hole-in-one total; Charlie Crenshaw had one at Twin Cedars many years ago.