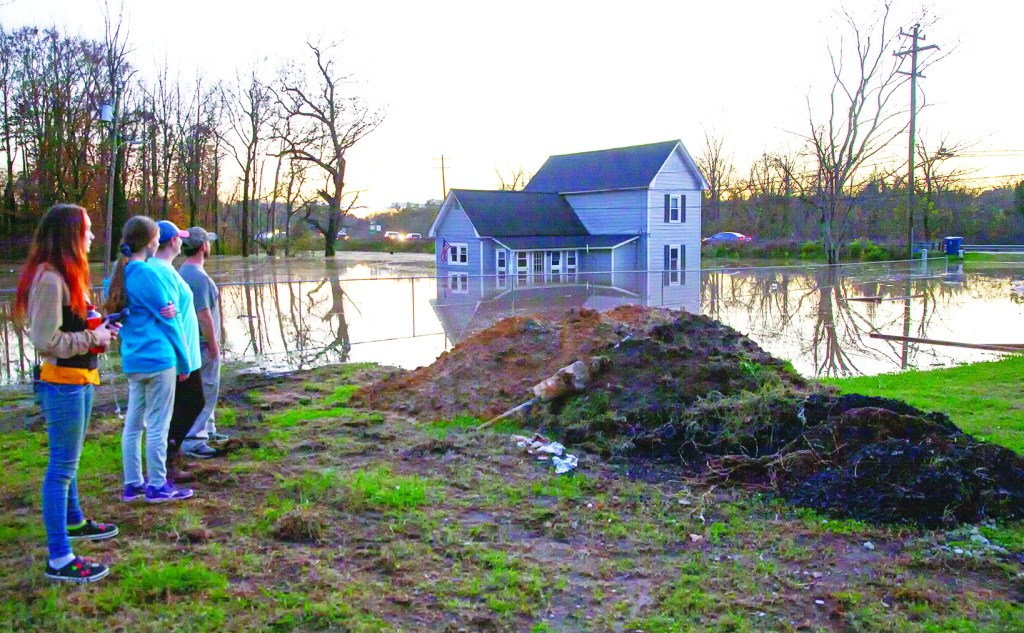 The Allen family watches as water engulfs their Cooleemee home on Friday. - Photo by KC Smith

COOLEEMEE – Michael Allen, his wife Jessica and daughters Mia and Madison woke up on Friday the 13th around 6:30 a.m. hearing a gurgling noise coming from the toilet.

To their surprise, a quick look outside revealed that water was surrounding their house and was quickly rising.

Back in February, heavy rain created a foot of water in their home.  After living there for 11 years they were shocked, especially since knowing they weren’t in a flood zone area.

Essentials were taken to the upper floor in the house, cars were moved quickly. They left with the clothes on their back and stayed by neighbor’s homes to watch the levels rise.

Everyone was safe and the Allen’s were grateful for that, but the family will need a new furnace that was installed just last February, a water heater, new floors and more.