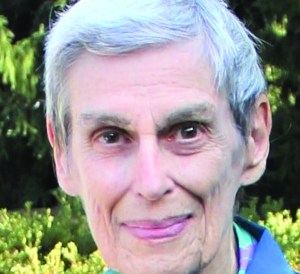 She had been residing at Clemmons Village I in Winston-Salem since March of 2020 and experienced a steady decline in health and failure to thrive.

She was born on Nov. 8,1931 in Annapolis, Md. to Professor Sebastian B. Littauer and Bella Light Littauer. She had one brother, Eugene H. Littauer. She moved to New York City after high school to study dance and then pursue a career as a ballet dancer performing for several years in many productions on and off Broadway. Later she transitioned into the television industry working as a wardrobe technician for NBC.

She retired in the early 1990s and moved to Cooleemee to live with her longtime friend and fellow entertainer, actor John Bennes. They were married in 2004 at age 71 and 73.

Her interests included computers, books, politics, knitting, quilting and she loved cats and dogs. She was a social person and appreciated the company of her good friends, family and neighbors. She volunteered actively for the Democatic party and the Cooleemee Historical Society.

She was outspoken and passionate about her views and spoke her mind freely. She loved to argue and debate which was sometimes not well received; but for those who truly knew her, it was accepted and expected. She was definitely one of a kind and will be greatly missed and not easily forgotten.