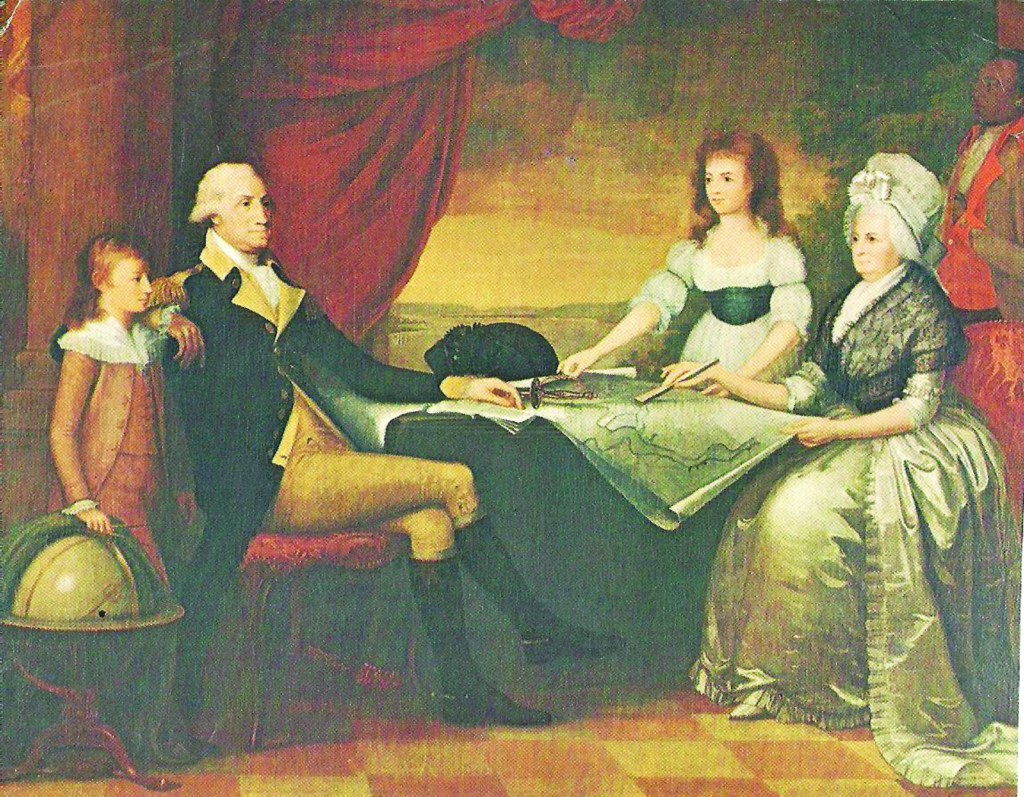 I have been asked several times to do a series of articles about the First Ladies of the United States similar to those articles that I did concerning the Presidents.

I looked  at one  of my bookshelves recently and among others saw these titles: “The First Ladies of the United States” by  Margaret Brown and Allida  Black; “Becoming” by Michelle Obama; “Spoken from the Heart” by Laura Bush; “First Lady from Plains”  by Rosalynn Carter; “Living History” by Hillary Rodham Clinton; “Bess Truman” by Margaret Truman; “The Matriarch-Barbara Bush and the Making of an American Dynasty” by Susan Page; “The Secret Lives of the First Ladies,” which did not contain much that was secret; Life Magazine’s “First Ladies –Portraits of Grace and Leadership”. After seeing those titles and other smaller books which contained information about all of the First Ladies, I decided that I could begin such a series.

Martha Dandridge was born in 1731 on a plantation in the Williamsburg area of Virginia. Even though she was born into a well-to-do family, she only received a rudimentary education in academic subjects, but, like other young women of that era, she received training on how to run a household and to care for a family.  Martha also learned the social skills which were valuable to her in her later life.

When Martha was 18,  she met a wealthy older widower who owned a large plantation and had many slaves. They were married a fairly short time after they met. Martha and her husband, Daniel Parke Curtis, became the parents of four children; two of whom died in infancy. Daniel Custis only lived eight years after he and Martha were married. Martha became a wealthy young widow with two small children to raise and  a large plantation to manage. She arose to the task and did just that. She managed the plantation with its many slaves and cared for her two remaining children in an efficient manner.

Two years after the death of her husband, Martha Custis met and married a young man that she met at a cotillion, George Washington. Some writers indicate that George Washington was attracted by Martha Custis’ wealth, but other writers indicate they cared deeply for each other.  George and Martha moved to the plantation called Mount Vernon where they lived the rest of their lives except while George served his country as Commander of the Continental Army and while he was President of the United States.

The colonists became more and more disturbed by the taxes imposed on them by England and because of other grievances; in fact, they became so enraged that they declared war on England. George Washington answered the call of his country and became the Commander of the Continental Army.  Martha spent most of her time managing their plantation with its many slaves, but when the troops went into winter quarters, Martha would go and stay with the General. While they were in winter quarters at Valley Forge, Martha lived there with George and was terribly upset by the fact that the soldiers were so poorly clothed and fed.  She did everything she could to alleviate their suffering.  She and other women who she got to help patched the soldiers’ clothes and knitted them warm socks and scarves. One regiment appreciated what Martha had done for them so much that they called themselves “Lady Washington’s Dragoons” according to “Life” magazine’s book. The Continental Army managed to defeat the British Army, The Revolutionary War was over and there was great joy among the colonists because they would no longer have to bow to the edicts of the King of England. Martha was happy when victory was achieved because George was then able to return to Mount Vernon.

That period of domestic tranquility did not last long enough to suit Martha.  After the new government was formed, George was elected President of the United States. Once again Washington left the place he loved to serve his country. Though she hated to say good-by to Mount Vernon, Martha moved with George to New York, the site of the first capitol. Martha did not really like New York, but she performed the duties befitting the First Lady of the land in  a gracious manner.

It seems lucky that Martha Washington was the first First Lady.  She entertained in a gracious manner – having the dinners and receptions which she and her husband thought were important, and she was able to handle those situations with great aplomb. She did not get involved with political or governmental matters, but she established what seemed like an appropriate role for the wife of the President of the United States.

The seat of government moved from New York to Philadelphia. That move pleased Martha. She was much happier in the new city because there were more people she knew there. After serving two four-year terms, Washington was asked to serve another term. He refused saying that eight years was enough. He and Martha were so happy to return to their beloved home. The book, First Ladies Who Called the White House Home by Beatrice Gormley quotes Martha as saying, “The General and I feel like children just released from school.” They were both so happy to be at home at last and hoped to spend many years together there. That was not to be.

Just a little over two years after they returned, George got deathly ill and died. He was buried in an unpretentious grave at Mount Vernon. Some authorities wanted him to be buried in Washington, D.C., the city named for him, but that was not his or Martha’s wish so to this day his body rest in peace at Mount Vernon on the bank of the Potomac River in Virginia.

After her husband’s death in 1799, Martha Washington was once again in charge of the plantation, but she did not seem to have the will to go on. Martha died about three years later in 1802 and was buried at Mount Vernon beside her husband.