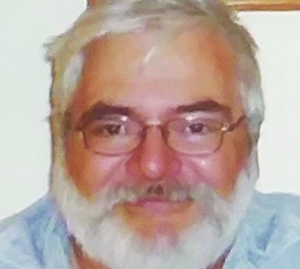 Born July 4, 1956 in Seattle, Wash. to Alexey Dimitri Petroff and Lydia Woznow Petroff, who joked that Rodney was their July 4th firecracker and the youngest sibling to half brother and sister Nick and Anne Marie. From an early age he learned to enjoy the bounty and beauty of nature by foraging for berries, mushrooms as well as camping, hunting, fishing, cooking and most of all photography.

Following in the family tradition of sea life and service he proudly served in the U.S. Coast Guard, mainly in the Pacific NW.  His military career led to an easy transition working as an able class seaman on tug boats in and out of the Puget Sound area of Seattle. He acquired skills as a welder which allowed him to take basket cases of parts to build motorcycles, especially his vintage knuckle-head “Rat-bike” a Harley Davidson which took him over many miles of adventures across the country.  With his love for the open road and travel, he embraced the philosophy that it’s the journey that matters rather than the destination.

He graduated from Central Washington University in 1997 with a teaching degree that supported his passion for literature, writing and education. He married Janice Sushereba in June 1997 and the couple later moved to Mocksville, where he became a born-again Christian who grew his faith with a passion for defending the truth of the God’s Word and supporting a Gospel based church. While being actively involved with church ministries the couple met and fostered Nina as a teenager until she graduated from high school and chose a career in the U.S. Navy.  Afterwards the Petroff’s moved to Florence, Ore. where he remained until their divorce in 2011.

He was preceded in death by: parents; brother, Nick Levko, and cousin Victor Peters.

He will be most remembered for his love of Jesus Christ, his Lord and Savior; his family and close dear friends.

A celebration of his life will be arranged at a later date.