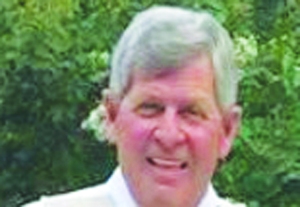 He was born on Feb. 18, 1946 in Lynchburg, Va. to the late Paul Weldon and Earlene Foster Correll.

He was owner and operator of Correll’s Used Cars and Towing, where he made many special friendships. He had serviced multiple police agencies for more than 39 years there. He was of the Baptist faith and was a veteran of the U.S. Army. He had a passion for old cars and began to restore and work on them at the age of 13. He also enjoyed his time as former president of the Piedmont CARS Club. His main enjoyment was his family, camping and his dog, Sammy. He was a loving husband, father, grandfather and friend.

He was preceded in death by: a brother, Donnie Correll; and a special uncle, Howard Correll.

A graveside service was conducted at 2 p.m. Thursday, Oct. 22 at Legion Memorial Park in Cooleemee, with the Revs. Shelby Harbour and Brian Diggs officiating. Friends paid their respects on Wednesday, Oct. 21 at Eaton Funeral Home.