Mr. Correll was born on Dec. 17, 1929 in Davie County. He was the youngest of 10 children born to late Thomas Weldon Correll and Venie Seamon Correll.  His siblings who preceded him in death include: William, Woody, Paul, Colean, Florence, Nell, Jane and an infant brother and sister. His wife of 65 years, Easter Pardue Correll, died in February 2014.

At the age of 15, he began work at Erwin Mills in Cooleemee for 10 cents an hour, the mill later became Burlington Industries. He retired from Ingersoll-Rand in Mocksville after 20 years. He lived each day to the fullest and gladly shared his many talents with family, friends and neighbors. He was a Braves fan, a “master” gardener who routinely planted much more than he needed in order to share the fruit” of his labor. He also excelled as a mechanic, woodworker, welder, fisherman, hunter, inventor and later in life he became a pretty good cook as well. He often said he wasn’t too smart because he only had an eighth grade education; however, his wisdom and knowledge far exceeded that.

Survivors: his son, Danny (Teresa) of Mocksville; grandsons, Chad (Mandy) of Mocksville, Jason of Charlotte, Seth (Makenzie) of Huntersville; great-grandchildren, Landon and Karsyn; special friend, Nevida Grubb; and his faithful maltipoo, Chipper Jones, who was always by his side.

A graveside service will be conducted at 11 a.m., Tuesday, Oct. 20 at Jerusalem Baptist Church Cemetery in Mocksville. The family requests that attendees wear a face covering and practice social distancing. Feel free to bring a chair. Friends may pay their respects to Mr. Correll at Eaton Funeral Home on Monday between 3 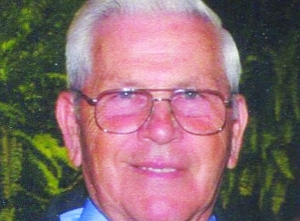