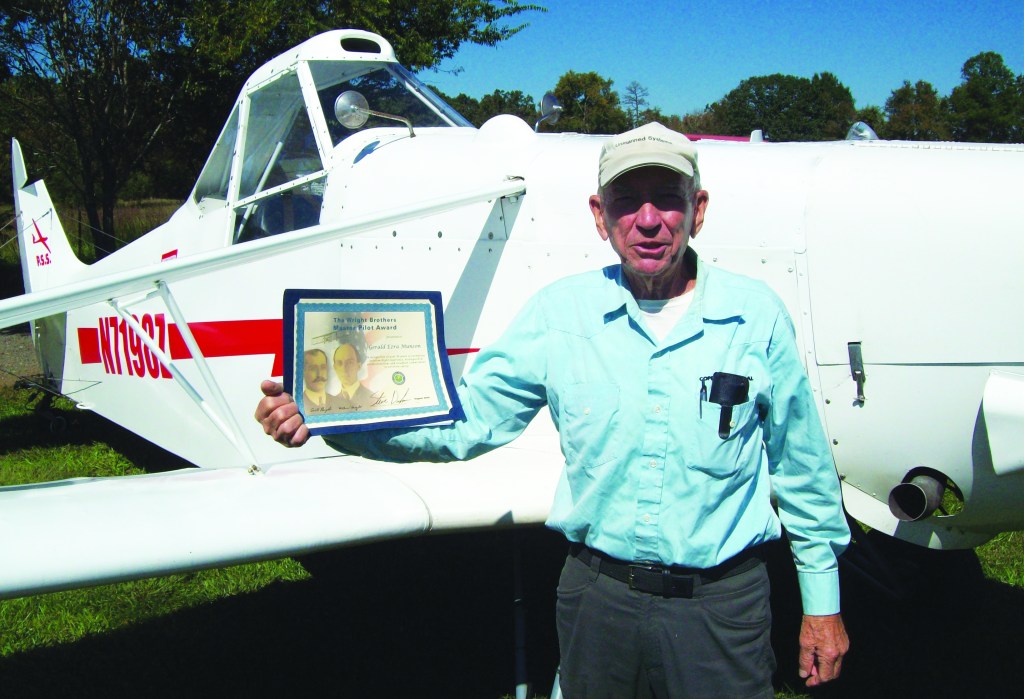 The award is one of the Federal Aviation Adminiastration’s most prestigious recognitions.

Gerald Munson and Edgar White, awarded to pilots “to recognize individuals who have exhibited professionalism, skill and aviation expertise for at least 50 years while piloting aircraft as Master Pilots.”

They will have their names installed on the “Roll of Honor” published by the FAA. Both are rated pilots in airplanes and gliders.

The ceremony took place at Sugar Valley during a regularly scheduled safety meeting conducted by members of the Piedmont Soaring Society. Both are members of the soaring club which routinely flies off the Bahnson Gliderpoart on NC 801 in Farmington.

Tim Haley, FAA team program manager from the district office in Greensboro, presented the awards and complimented them on their achievements.

Eligibility for this recognition is determined by a process that includes a nomination followed by recommendation letters from aviation peers who can attest to the nominee’s competence and dedication to safety.

The award was spearheaded by members of the Piedmont Soaring Society who have observed and flown with the two aviators for years. 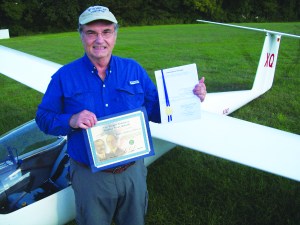