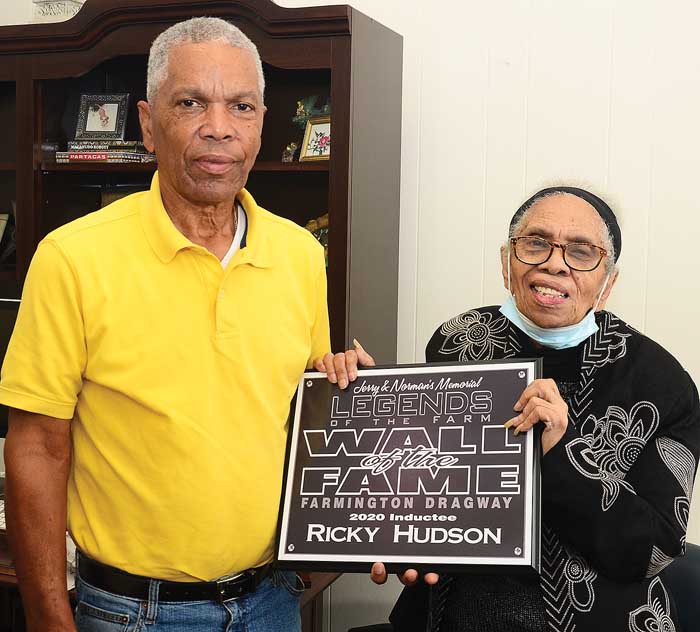 Drag racer Ricky Hudson and his mother, Magalene Gaither, with his Wall of Fame plaque.

If you’ve been around Farmington Dragway much for say, the last 52 years, you may have heard the name Ricky Hudson.

He’s been racing there for that long.

And now, the Davie native and Salisbury resident has his name on the wall for the Farmington Dragway Wall of Fame.

The drag racing bug caught Hudson when he was 15, and his mother took him to Farmington Dragway to watch the action from the bleachers. Sometimes, his mother would stay in the car and cover her ears to block out the sound.

But not Ricky Hudson. He not only wanted to hear the sounds, he wanted to be a part of making them.

He began that racing as soon as he got his driver’s license, and drove a race car for his uncle-in-law, Lucky Carson, for 12 years.

In 1980, he bought his own race car, leading to a lifetime of trophies and awards, and now a hall of fame induction. His family, friends and supporters accompanied him to Farmington for the ceremony.

Along the way, Hudson’s son, Brent, caught the racing fever. He’s purchased his own car, and is following in his father’s footsteps.