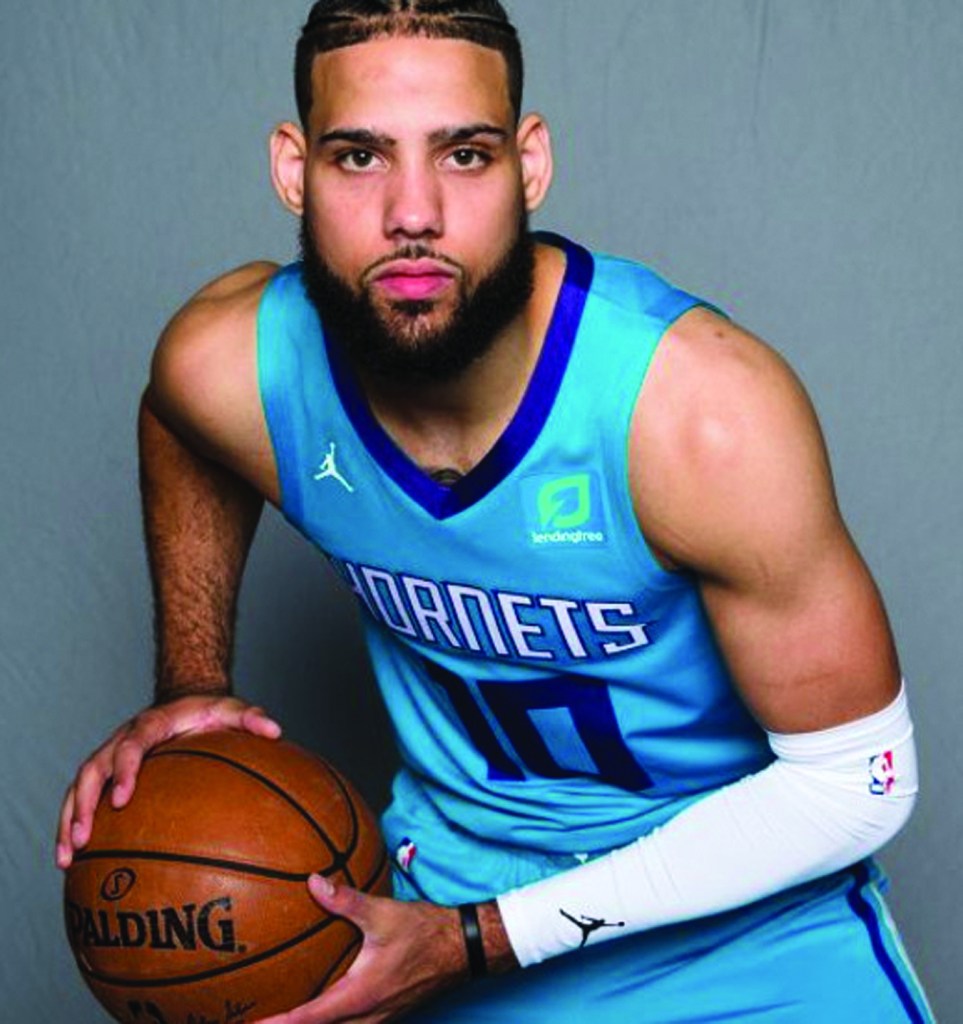 Caleb and Cody Martin playing on the same NBA team is only fitting.

When you see one twin, you see the other.

They played together at N.C. State and Nevada before teaming up as rookies for the Charlotte Hornets in 2019-20.

But few people probably know they almost went their separate ways before Caleb signed with Charlotte as a free agent. Cody, on the other hand, was drafted by the Hornets in the second round.

“I wasn’t even thinking of coming to Charlotte,” Caleb told NSN Daily. “At this point in our careers, Cody had gotten drafted and I was at the point where I didn’t want to make it seem like I wanted to go where Cody went.

“Really, I was trying my hardest. Even though I had all options open, the door was open anywhere. I was just looking for the best opportunity and situation for me to play, but I didn’t really want to go to Charlotte because I wanted Cody to do his own thing, and I wanted it to be time we had our own identities and show people we could play without each other and still be really good players.”

Caleb had multiple free-agent offers, but he felt rebuilding Charlotte was his best chance to make the roster.

“I had a couple other options and I almost signed with one team literally the day before,” he said. “I talked to my agent and talked to a couple of my friends. Going through the final options, it came up that Charlotte would have been the best option because the team was so young. Some guys were at the end of their contract years, they had older vets on the team and some of those guys the team wasn’t in the position to play because they were going young and making it a development year. Just looking at the roster and breaking everything down, it seemed like Charlotte was the best option for me to get my foot in the door. They gave me an opportunity, gave me a training camp deal and I just went in there and played as hard as I could. And I think they found something in me to where they thought I could stay here.”

After showing promise in training camp, Caleb earned a two-way contract and then an active roster contract. He spent most of the 2019-20 season in the G League, averaging 21.4 points in 28 games. He was moved up to the Charlotte roster down the stretch, and he and Cody were playing major minutes and producing nicely when COVID-19 ended the season in March.

Caleb averaged 6.2 points and 18 minutes across 18 games for the Hornets. He shot a torrid 54 percent from 3-point territory. In the final nine games, he stepped up and averaged 9.9 points, 23 minutes and shot 62 percent from 3.

“The short amount of time I got to play in the NBA, it’s one of those things that you think of and that you see on TV and you kind of wonder: ‘OK, am I at that level? Can I compete at that level? Can I play?’” Caleb said. “And then you get there and you play and it’s nowhere near as bad as you think. You feel like the lights aren’t as big as you’d think. Playing at Nevada on a big stage like that night in, night out with that type of crowd and that type of energy and then getting a lot of NBA experience and a lot of NBA reps in the G League, both of those helped me transition into the league a lot easier. Coming back for my senior year helped me out a lot, too. It allowed me mentally to get prepared and shed a lot of light on the things I needed to fix to get an opportunity to play in the league.”

In Charlotte’s final game, a win at Miami, Caleb put up 19 points, seven rebounds, four steals and three assists and went 8-of-8 from the free-thrown line. The timing of the shutdown was bittersweet.

“It was kind of tough,” he said. “It was a good and bad situation, I guess, now that I look at it. That was second game in a row where I played legitimate minutes. I felt like I was in a really good groove the last couple of games. I was playing the best basketball I had played in the NBA all season. It was kind of tough now that I was getting minutes and getting more opportunity where I felt like I was really taking my stride and proving I could be a solid player for our team. Obviously we didn’t know how long it would take for us to get back playing on the court, so month to month it was kind of weird not knowing when we’d get back. But at the same time, it was kind of good because we ended our season kind of on a good note playing really well. Even though it was a short period of time, I got to prove to people I could play, and I need to continue to prove that to people. But I was just glad I could shed some light that I could play in this league.”

One of Caleb’s favorite moments from his rookie year? That would be sharing the court with Vince Carter, who played at North Carolina before spending 22 years in the NBA. He retired after the Atlanta Hawks’ final game.

“I think when it really hit me, it was my best game in the NBA, we were playing against Atlanta, and just running up and down the court and I’m bumping and trying to box out Vince Carter and you don’t really realize until you look back: ‘I’m closing out on Vince Carter,’” said Caleb, who scored a career-high 23 points in that game. “That’s one of Cody’s favorite players, and we used to watch him all the time. Just the fact that we got to play against him and I had a good game against him. I usually don’t get star struck or anything, but it was just kind of weird playing against him. That was pretty cool.”

Cody and Caleb playing on the Hornets and being close to home has meant everything to their mother, Jenny.

“Y’all already know how my mom is,” Caleb said. “It was a dream come true for her. Probably in a million years, she probably would have never thought about that. That’s stuff that me and my brother used to joke about. We didn’t even think about being in Charlotte, but we’d say: ‘That’d be so cool if we played on the same team in the NBA.’ We’re thinking it could be anywhere in the country, but I don’t think we ever thought it could be an hour down the street. It definitely worked out. It’s been a blessing.”