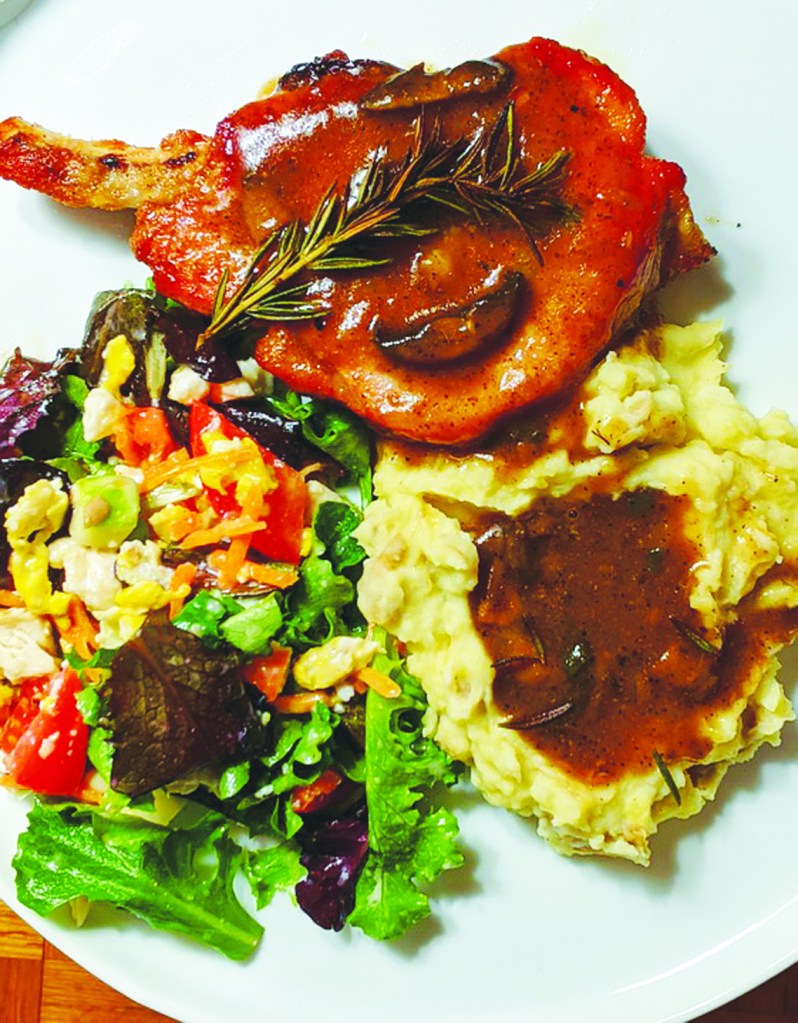 Just to be clear, fresh cider is raw apple juice that hasn’t gone through a filtration process. Apple juice has been filtered and pasteurized to stay fresh longer. The natural yeasts of unpasteurized apple cider cause fermentation and alcohol over time – and you have hard cider.

Cider is essential to fall cooking – and an ingredient that kicks a dish up a notch. Don’t be bashful. Take a deep dive and go beyond basics – try replacing the vinegar in your recipes with cider. Both sweet and savory dishes work well with its earthy, robust taste. Cider’s versatility makes it one of my favorite ingredients.

You can find apple cider at local grocers, but it would be fun to purchase fresh cider straight from local or regional apple farms. Sounds like a fun road trip is in order.

In the bottom of large percolator, pour apple cider, and red-hot candies.  In the ground’s basket, spread evenly the nutmeg, allspice, and cinnamon. Put on the top, plug in the percolator and when finished percolating, cider is ready and hot. Makes 20 servings.

In a heavy baking pan, brush ham slice with mustard. Sprinkle the sugar over the top. Insert whole cloves in the fatty portion of the ham and around bone. Pour apple cider over top of all.  Bake in a 350-degree oven, uncovered, for 1 ½-2 hours or until tender and apple cider is absorbed. Add more cider if necessary, to prevent sticking.

Cream butter and shortening. Gradually add sugar and beat until fluffy. Add eggs one at a time, beating well after each one. Add vanilla. Combine flour, baking powder, salt, and pie spice. Alternate flour mixture with apple cider. Mix well. Pour into a greased/floured 10-inch tube pan. Bake in a 325-degree oven for 1 hour and 20 minutes or until tests done. Cool for 120 minutes and remove from pan. While cake is warm, pour glaze over the top. Begin to check on cake starting at 1 hour.

In a saucepan, combine cider, sugar, and butter Bring to a boil while stirring until sugar is dissolved. Remove from heat. While glaze is still warm, pour over warm cake.

In a bowl, combine flour, thyme, and salt. Set aside. Dip chops into ½ cup evaporated milk. Cover with flour. In a skillet, melt butter. Sauté chops until lightly browned. Add water and cover. Cook over medium heat 1 hour and 30 minutes or until tender. Remove chops from skillet.  To the drippings, add brown sugar, cornstarch, salt, and cinnamon. Then stir in lemon juice, cider, evaporated milk, and raisins. Cook while stirring constantly until thickened. Serve sauce over meat. Sauce can be used for any meat.

In a saucepan, dissolve cornstarch in cider. Add sugar and mix well. Bring to a boil for 3 minutes. Remove from heat. Stir in cinnamon and vinegar. Mix well. Pour into a pie crust. Roll pie crust over top. Bake in a 350-degree oven until set and golden.

In a pan, bring 2 cups cider to a boil and dissolve gelatin. Stir in raisins. Cool. Add remaining 2 cups of cider, and chill until slightly thickened. At this time, add chopped apple and celery, lemon juice and chopped rind. Refrigerate until set.

In a large saucepan, combine cider, cloves, cinnamon sticks and Sure-Jell. Bring to a boil and stir in all the sugar at one time. Bring to a boil for 1 minute. Skim, remove stick, and pour into prepared jelly glasses. Makes 6-8 oz. jars.