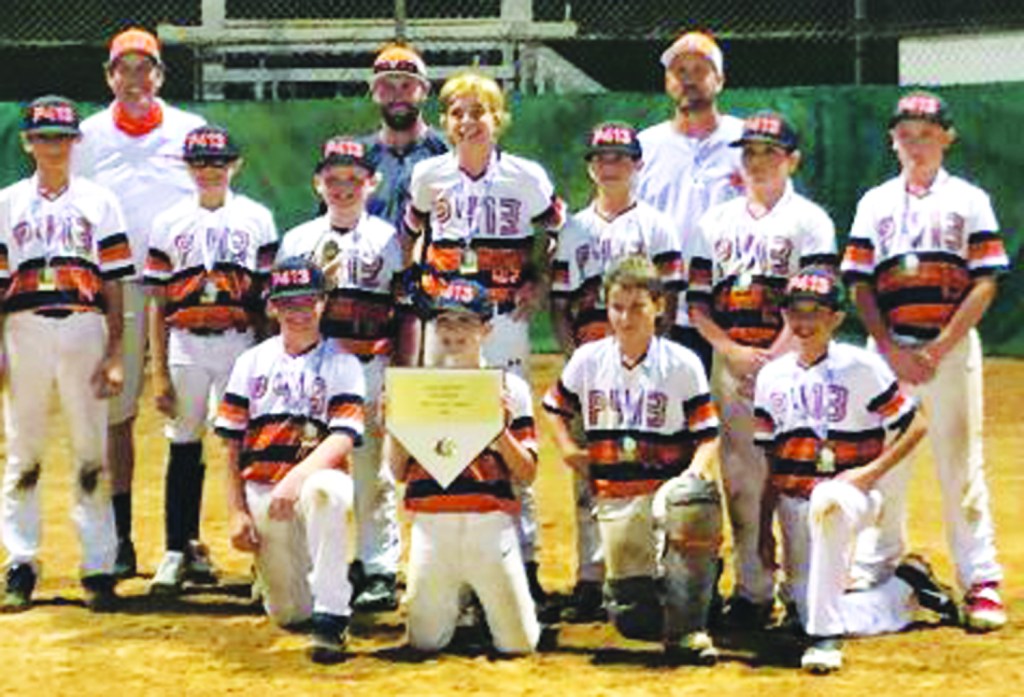 The games on Saturday, Sept. 12 were rained out. A single-elimination tournament was held the next day.

Davie defeated Camel City 9-1 thanks to seven runs in the third inning. The big bats were Bubby Byington, Maddox Creason, Luke Foster, Nathan Nuckols, Brice Wilson and Alex Bowles, all knocking in runs in the inning.

Wilson was credited with the victory. He lasted 2.2 innings, allowing two hits and one run while striking out two. Josh Whitaker threw 1/3 of an inning in relief.

Creason, Foster and Ethan Dixon all had one hit to lead Davie, which was sure-handed in the field and didn’t commit a single error. Andy Davis had the most chances in the field with four.

After a long break between games, Davie took the field under the lights at the Davie Youth Complex. Davie defeated the Spartans, 11-6, despite allowing a five-run inning.

Davie weathered a push by Spartans in the first, when Davie allowed five runs. Davie pulled away for good with four runs in the fourth. Davis and Jacob Morgan were hit by bases-loaded pitches to plate two runs. Dixon’s sac fly scored one and Whitaker singled on the first pitch of his at-bat to knock in a run.

Dixon led way on the hill. In long relief, he allowed four hits and one run over 6.1 innings, striking out four.

Whitaker went 2-for-4 to lead his team in hits. Whitaker also led with six stolen bases, as Davie (15 steals) ran wild on the base paths.