To play or not to play: War Eagle QB has tough decision 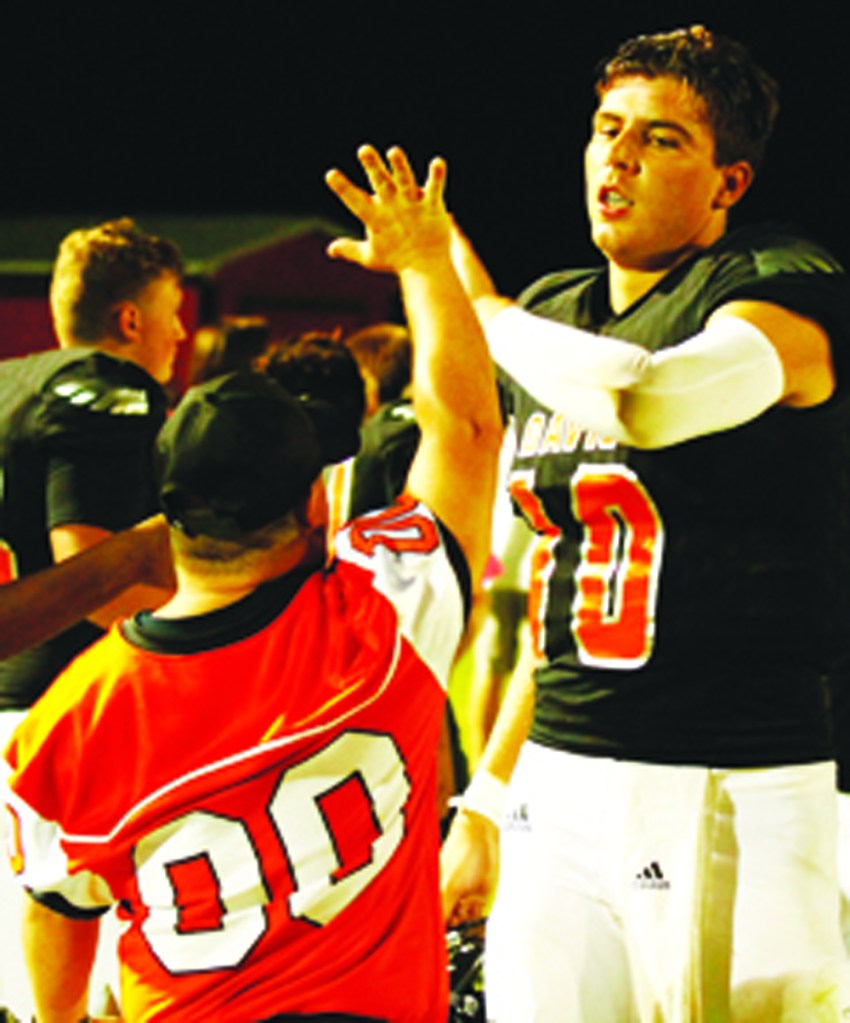 In 2019 Davie’s football team averaged a whopping 35.1 points per game, one of the most prolific offenses in the program’s 64-year history.

And the main weapons from that explosive attack are still around. There’s senior quarterback Nate Hampton, who completed 263 of 437 passes for 3,295 yards and 22 touchdowns. There’s junior running back/receiver Tate Carney, who ran for 1,257 yards and averaged 6.5 yards per carry. A do-it-all force, Carney also made 58 catches for 741 yards while amassing 26 touchdowns, the No. 2 mark in program annals. And there’s senior receiver Jack Reynolds, who reeled in 78 receptions for 1,049 yards.

The trio led Davie to 7-6, the first winning season in three years, and a tie for second in the Central Piedmont Conference.

With the Hampton/Carney/Reynolds trio back, hopes are high for a 2021 season that starts in February. But huge enthusiasm will turn to tempered enthusiasm if the quarterback isn’t around.

Hampton has a decision to make, a decision that seems unfair for a high school kid. Before the coronavirus wreaked havoc in the world, everything was going to run smoothly. Hampton would play his senior season in the fall, graduate from Davie after the first semester and early enroll at Liberty University. He would practice with the Flames in the spring and get an early start on his college career. (In the last 10 or so years, it’s become common for Division-I football signees to early enroll.)

But COVID-19 threw a kink in those plans. The high school season was pushed back to the second semester, putting Hampton and others like him in a tough spot. Davie will play a seven-game regular season, followed by the playoffs should the War Eagles qualify.

Does Hampton stay at Davie to make senior-year memories, gun for a conference championship and a deep playoff run? Or should he stick to the original plan and early enroll, which would mean leaving his teammates behind? You have to feel for Hampton having to make that kind of decision.

“That was the plan (to early enroll),” he said Sunday. “Right now I’m still undecided. I really hate that it has come to this. I am trying to make the best decision and neither one have been super clear on what is going to be best for me.”

Without question, Hampton is an enormous piece of the Davie puzzle. As a junior, he set season records for completions, passing yards and 200-yard passing games (nine). He has authored the second-, third- and fourth-biggest passing games in Davie history – 411 yards in a 31-30 overtime win over Mooresville, 402 in a 49-42 win over Reagan and 388 in a 43-40 loss to Kannapolis.

Hampton will have to make his decision within the next three months. “By the end of this semester,” he said. “Around December.”

Notes: Reynolds, who has committed to Charlotte and will be a teammate of brother Chris next fall, said he will not early enroll. … Davie’s football schedule for 2021 will include two nonconference games and five CPC games. The opener will be at Ragsdale on Feb. 26. The War Eagles will host West Rowan on March 5. The CPC games: at Reynolds on March 12, at Reagan on March 19, at Glenn on March 26, at home against East Forsyth on April 2 and at home against West Forsyth on April 9.