Seeing Trump an opportunity of a lifetime 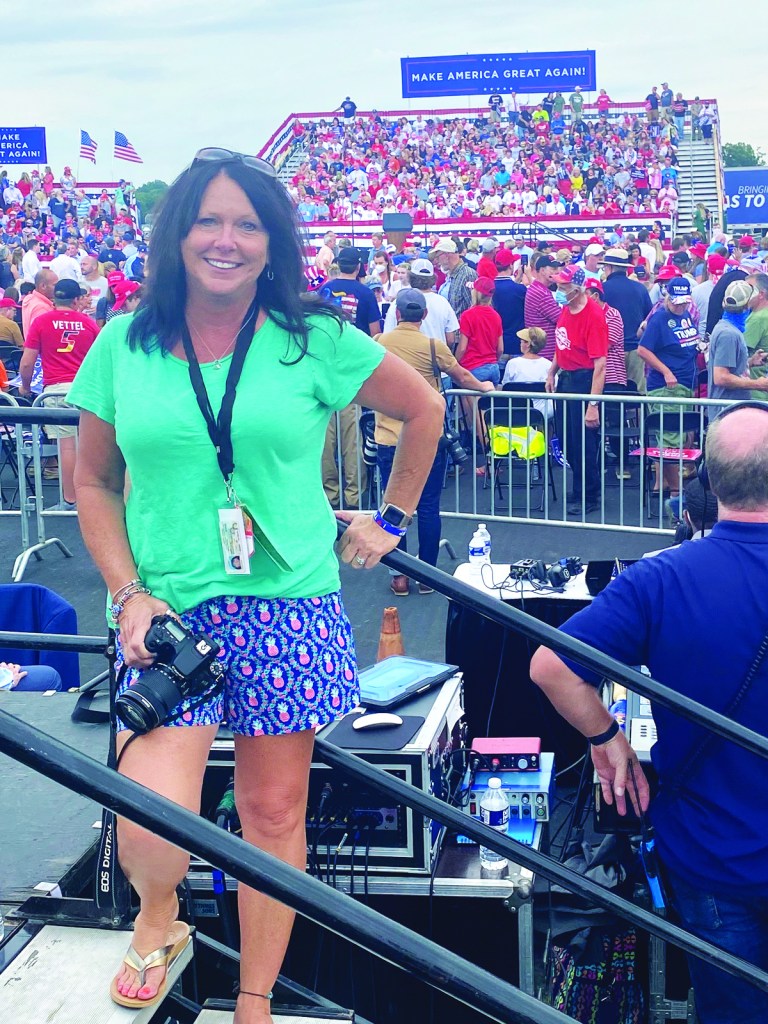 Christy Clark at the Trump rally in Winston-Salem.

It was the opportunity of a lifetime – a chance to see the President of the United States fly in on Air Force One – right before your eyes.

Christy Clark of Mocksville (That’s her in the photograph to the left), said she’ll never forget her experience last week as President Donald J. Trump conducted a reelection rally at Smith Reynolds Airport in Winston-Salem. It was, she said, worth the trouble of getting the tickets, arriving hours early, going through security and then waiting in the hot sun.

Trump did not disappoint, she said, speaking for more than an hour and hitting on almost all of the hot political topics of the day.

“So get your friends, and get your family, get your neighbors, and your coworkers and vote,” Trump said near the end of his speech. “And I say this because it’s from Charlotte to Kitty Hawk, from Durham to Asheville, and from Wilmington to right here in Winston-Salem. We inherit the legacy of North Carolina Patriots who gave their blood, sweat and tears for this beloved nation. We stand on the shoulders of American heroes who … made America the single greatest nation in the history of the world. Proud and great citizens like you helped build this country and together we are taking back our country.”