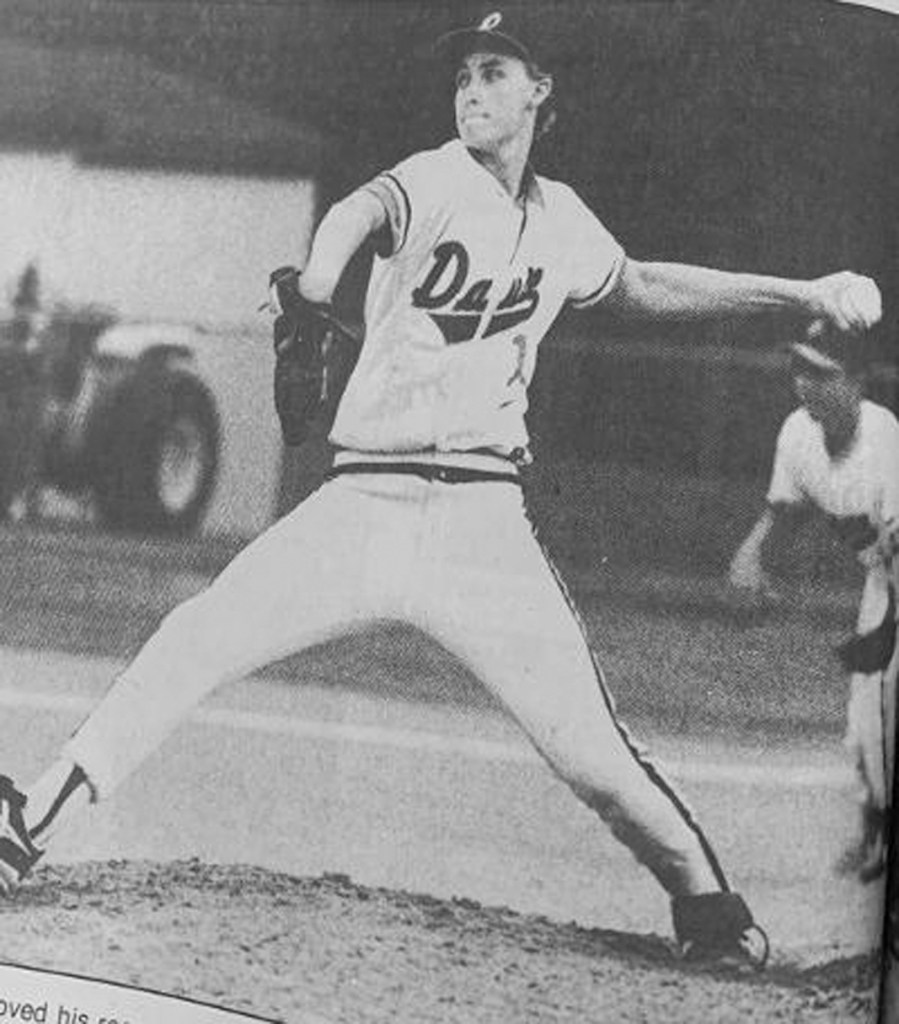 The Davie baseball team’s 2-1 comeback win over East Forsyth was pretty much like its earlier two games in the 4-A playoffs.

The War Eagles drove their fans nuts and left another opponent perplexed.

How is Davie in the Western finals? Players and coaches point to the pitching of lefthanders Marcus King and Brock Keene. Davie has beaten McDowell 2-1, A.C. Reynolds 1-0 and now East 2-1. For the second time in the playoffs, King started and was followed in the sixth by Keene, who picked up his record-setting 12th victory against one loss.

“Our pitching staff is doing a great job,” shortstop Bubba Coleman said. “To allow only two runs in three playoff games is a major accomplishment. I give them all the credit.”

Bryan Johnson, who scored the tying run, echoed those thoughts. “Pitching and good defense is why we’re winning,” he said.

Coach David Hunt was elated over his team’s 10th come-from-behind victory of the year and its 14th straight win.

“Our kids are in a zone,” he said. “They’ve got confidence in themselves and I don’t think they’re intimidated by anyone.”

Johnson laughed. “Call us the Comeback Kids,” he said.

The comeback was necessary when East’s No. 9 batter, Jason Parks, singled in the third. He attempted to steal and catcher Chad Helton’s throw went into center field, allowing him to reach third. Bruce Berry’s sac fly made it 1-0.

Meanwhile, Legarde’s heater was a bit intimidating at first, according to King.

“I think we were (nervous) early,” he said. “But when we saw Jason Tomberlin really hit it back up the middle at him, we knew we could hit him.”

Tomberlin ripped a hit through the box in the third and had another to left in the fifth.

“It made me feel good,” Davie’s leadoff man said. “It had been a long time since I had a hit.”

Still, the War Eagles entered the sixth trailing by one. With one out, Johnson fisted a single to shallow left field.

“I was just trying to get a piece of it,” Johnson said. “I hit it off the handle, but he threw it so hard I got enough of it.”

Then, the craziness began.

King walked and Hunt pinch-hit Jason Lanier, who has seen limited action. His forceout put runners on the corners with two outs. Legarde tried to pick off Lanier at first, but the ball sailed into right field. Johnson scored easily to tie the game.

“The first baseman could have played the ball,” Hunt said. “He just didn’t. That’s high school kids for you. That’s why you play the game.”

With the largest crowd of the year bearing down on Legarde, he proceeded to walk Helton and Thad Cassidy, the 8-9 batters, to load the bases.

“I think he got rattled,” Tomberlin said. “Our fans were getting on him.”

“I don’t think Joe got rattled with the walks,” Pegram said. “There was just a little frustration on his part when he thought he had the runner picked off and should have been out of the inning.”

Hunt agreed. “I don’t think he was rattled. That kid single-handedly won the state football championship. He just said: ‘Get on my back and ride.’ So he tried to blow it by us and was just overthrowing.”

Keene still had to pitch the seventh. He induced a groundout to third baseman Johnson and two lazy liners to King at first.

“I felt I had the fastball really going for me,” Keene said.

“Don’t take anything away from the Davie batters,” he said. “They went up there looking to get on any way they could. I don’t think they were up there strictly to take. They were swinging the bats. They’re a lot like us. They scratch and claw and score any way they can. And their guys play great defense.”

The teams combined for only nine hits. Davie has managed only 19 hits across five games but is 5-0 during that span. And now the team is one win from the state championship series for the second time in four years.

“After two seasons of going out in the first round, this feels great,” Johnson said.

Tomberlin, who had two of Davie’s five hits, was overjoyed.

“I’ve worked for this all my life,” the senior outfielder said. “But this is a team thing. Everybody can do it.”