Daniel Boone … the rest of the story 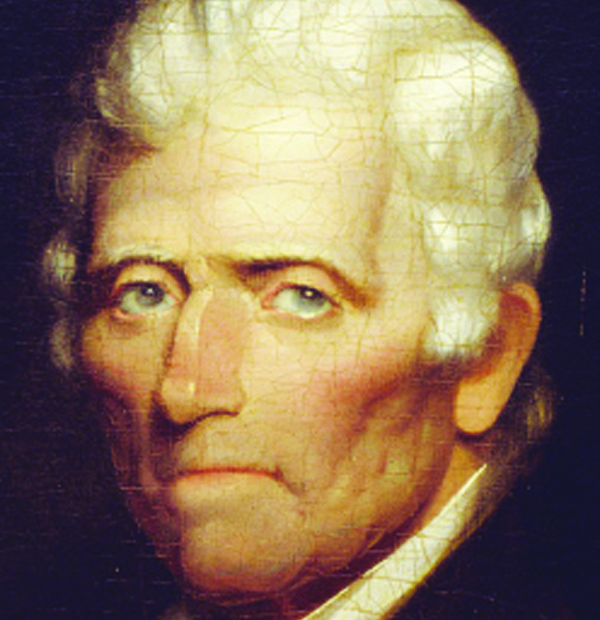 Davie County has every right to be Boonish and proud of the fact that it was here the young teen grew into a man and the legend of early American exploration.  When he left here to forge the path through the Cumberland Gap and into the West, leading thousands behind him, he went prepared for the task but not perhaps the many challenges that lay ahead of him.

Here is the brief story of Daniel after Davie.

Born in Pennsylvania and having arrived on the banks of the Yadkin River with his parents Squire and Sarah (now still resting in Joppa Cemetery) in 1753, Daniel lost no time in exploring and hunting the rich land he found and that would shape his skills. In the words of a 20th century young man with a similar NC youth, folk singer James Taylor said “Thinking of the red soil, the seasons, the way things smelled down there, I feel as though my experience of coming of age there was more a matter of landscape and climate than people.” He echoed Daniel’s thoughts exactly.

But what of the rest of the story?

Over half of Boone’s life lay ahead of him when he said goodbye to his peaceful life in our region. It is truly remarkable that he died of old age given the dangerous life he led. Although he considered himself a friend of the Indians (as they were called then), he buried a son and brother that died at their hands, rescued a daughter kidnapped by them and was himself threatened often. Once while being held captive by them and trying to negotiate the safety of Boonesborough in Kentucky, his fellow settlers believed he was a traitor and he was courtmartialed, a shameful thing even though venerated. He continued to fight in the Revolutionary War and was even captured by the British as well as losing a son in combat. Then while traveling to secure land purchases for settlers, he was robbed and had to repay much of it for years. The road west was never easy for the traveler.

Boone also became a leading citizen of the new territory of Kentucky and was elected to several offices. He traded in land, a speculative business, and mostly lost financially with court fees taking the largest toll. He was arrested for not appearing in court the same year Boone County was named for him. Daniel was ready once again to escape civilization.

Farther west lay the great plains and present day Missouri. He was given a position that was basically that of a court judge but continued to claim land in verbal agreements that did not hold up in court. Having moved and traded in land for decades in the new frontier, ironically he died owning no land.

Fortunately, his son Nathan owned some in Missouri and Daniel lived most of his last years there. His wife Rebecca, who had followed him everywhere, died before him and Daniel did not leave her. As a young man before he ever ventured west, he had bought land in the Florida panhandle with the intention of settling there but Rebecca refused to move her children to what she considered swampland. She wouldn’t go and he wouldn’t go without her and after her death, he wouldn’t move on without her.

Daniel Boone never quit hunting and historians debate how far west he went looking for new game. Never tiring of new land and new game, he may well have covered more American territory on foot than anyone else in his generation.

He was quoted as saying, “Nothing embitters my old age like the circulation of absurd stories that I retire as civilization advances.”

The famous ornithologist and artist John James Audobon claimed to have hunted with Boone and decades later painted how he remembered him. On one such trip alone in 1814, Daniel took to writing his life stores. He had already become a legend due to others’ writings (even Lord Byron mentions him in his well-known epic Don Juan) and wanted to set the record straight. However, his canoe overturned and his own account of his life and adventures floated away down the Missouri River, lost to history.

History has only one authentic likeness of Daniel Boone, the one Chester Harding painted in 1820 at the end of Boone’s long and active life. Appropriately, Harding had to hunt him down and almost force him to sit for the portrait. But even in the wrinkled face of an old man, his piercing eyes still seem to communicate his adventurous spirit. When Harding asked Daniel if he had ever been lost in his wanderings, Boone replied “I wasn’t ever lost but I was bewildered for three days once.”

Not all who wander are lost.

His youngest son Nathan built him his last home, a stone cabin similar to the ones in Pennsylvania where his life journey had begun in another century and era, a change to which he had made no small contribution. The 19th century concept of a “Good Death” was fulfilled in the stone house, where he bid all goodbye, ask his coffin be brought beside him so he could tap it with his cane to test its strength, and expressed his readiness to meet his maker.

In a letter to the sister-in-law who taught him to read and write he would write he “love and fear God, believe in Jesus Christ…and Trust on God’s marcy for the rest.”

Ironically, Boone’s body did not stop moving when buried beside Rebecca in Missouri. Kentucky wanted his burial site to be on its soil and supposedly moved their bones to a monument there. However, there is some controversy as to whether the right bones were moved, leaving a bit of mystery concerning the whereabouts of the man who never stayed in one place long.

If you are interested in learning more, Boone’s local treks can be followed on the website for the North Carolina Daniel Boone Heritage Trail and the story of his time here is covered inthe book “Davie County Mavericks.”

Phillips is the author of “Davie County Mavericks,” available at the Davie County Public Library,  Artists Market on Main, The Station and Amazon.