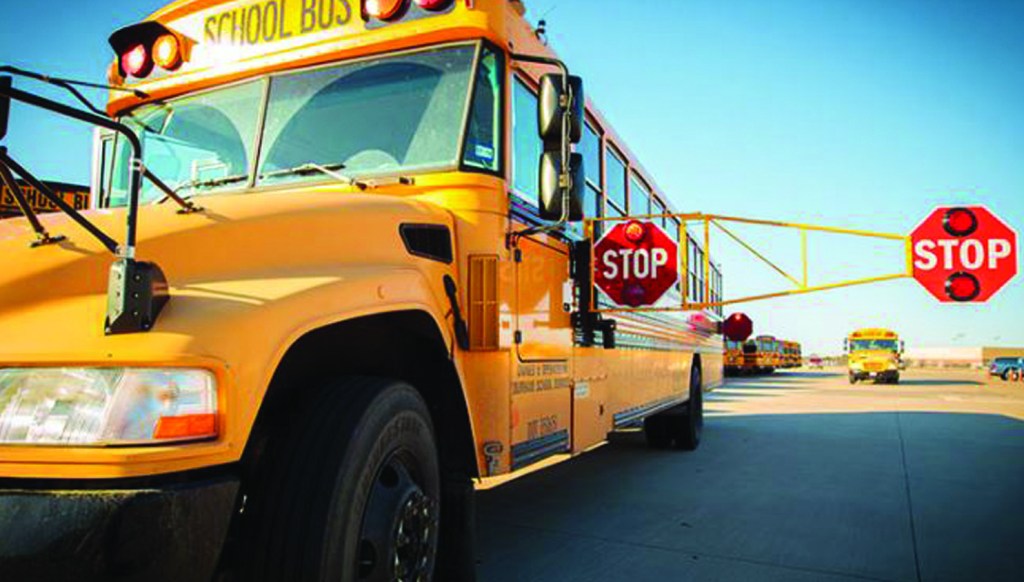 Bus Safety Solutions is planning a move to Mocksville,  bringing 10 jobs and infusing new life into an old building.

The company has outgrown its space on Westpoint Boulevard in Winston-Salem and is eager to relocate to Davie County, where its president and vice president are residents.

“We are bursting at the seams and would love to bring our company to the community where we live,” said Scott Geyer, vice president.

The company wants to purchase the old Mocksville Armory at 343 Railroad St. The historic building was built in 1948 and used for about 25 years as an armory.  Once it ceased being used in that capacity, ownership reverted back to the Martin family who has used it for storage.

Bus Safety Solutions would use the building to assemble extended stop arms and transit curtain PPE for school buses. The company expects to invest $100,000 in repairs to bring the property up to code. They have requested a rezoning of the .25 acre property from neighborhood residential to general industrial which will be considered by the planning board later this week.

“The properties across the street from the armory are industrial, but there are several houses in the area and we want to be sensitive to that,” said Geyer, who lives 1.5 blocks away. “We want to reassure the neighbors that our operation makes very little noise. Assembling our products requires only a few power tools – drill press, grommet machine, hack saw, and sander.”

Neighboring property owners received a letter explaining the Geyers’ intentions for the property and Scott posted the information to 10 neighborhoods on Nextdoor introducing the company and inviting residents to ask questions or express any concerns.  He hopes to garner support for the rezoning request as residents learn the value of the business and understand its minimal impact on the environment.

Bus Safety Solutions exemplifies the old adage “necessity is the mother of invention.” Bob Geyer, the company’s president, and Scott’s father invented the Extended Stop Arm about 10 years ago after several children in Forsyth County were killed getting on and off the school bus.

His passion for his product is undeniable as he tells his company’s story.

“When a friend’s child got killed I said ‘someone ought to do something about that,’ but like everyone else, I did nothing,” said Bob. “When I read in the paper that another child had been killed I slammed my fist down on the table and told my wife somebody needed to do something. She took my shoulder and said, ‘You’re somebody, do something.’ I tried to make up excuses,  but she told me to surround myself with people who could help me and get it done.”

Bob took her advice and gathered engineers, accountants, and entrepreneurs who could move the product forward. Development took about five years and obtaining a patent took two more. The company started in Bob’s garage. “Just like Apple and Microsoft,” said Scott with a smile.

A school bus stop arm typically opens outward 18 inches from the side of the bus,  but the Extended Stop Arm increases that distance to as much as six feet,  helping to reduce or eliminate the illegal passing of stopped school buses which has become epidemic nationwide.

Extended Stop Arms are installed on 1,000 buses in 21 states including North Carolina. Surrounding school systems with Extended Stop Arms include Yadkin, Rowan, Iredell, and Guilford. During the last school year, Extended Stop Arms opened and closed 12 million times helping to protect the 90,000 students who ride buses with the device attached. In areas where the Extended Stop Arm has been installed, independent studies have shown that the illegal passing of stopped school buses has been reduced by 50 to 90 percent.

According to Scott, no child has ever been hit on a bus equipped with this technology.

“The Extended Stop Arm is the only safety device that can be added to the outside of the bus to “physically” protect the children getting on and off the bus,” he said. “While the cameras that are on some school buses provide great detective work by retrieving pictures of drivers and license plates, they cannot ‘physically protect the children like the Extended Stop Arm can. Bus Safety Solutions is getting calls from all over the country about the Extended Stop Arm because of the blatant disregard of people passing stopped school buses and endangering children’s lives.”

“The Extended Stop Arm is a proven, dependable product and exceeds the Federal Standard 571.131 for School Bus Pedestrian Safety Devices. It is well within the range of school system budgeting, costing around $2000 depending on options. The Extended Stop Arm can save a child’s life, and if it can save just one child, it is more than worth it.”

The company’s sales came to a standstill in March when the pandemic hit and schools closed and school buses were taken off the road.

Able to hang on thanks to a PPP loan, the Bus Safety Solutions team sought ways to stay in business and to help protect children from the coronavirus. Each member spent a weekend brainstorming solutions. Their unanimous answer?

Designed as a tool for school districts to provide a barrier between seats or between students and driver, the Transit Curtain for school buses allows transportation teams to meet CDC guidelines and maximize school bus usage.

The custom-cut product is made of a clear fire-retardant vinyl and securely attaches to the ceiling and below the seat for a tight fit.  Each one costs around $100, an expense Bob believes school systems would quickly recoup.

“Our curtains add a layer of protection for both students and drivers and allow the school district to place a student in every seat,” he said.

Over 1,000 Transit Curtains for School buses have been installed in nine states.

The Geyers are proud that their products are 100% Made in the USA. Scott explained that the manufacturing of the components for both products is outsourced to other North Carolina and U.S. companies.

“We want to get as much as we can locally. Our welding is done in High Point and Lexington, our electronics are made in Raleigh and Texas, and some of our other parts are made in New York, Ohio, Illinois, and Minnesota. Our products probably cost twice as much than if we outsourced all of our parts from China but we think it’s worth it.”

Terry Bralley, president of the Davie County Economic Development Commission, considers the company a perfect fit for the community.

“Davie County is proud to host many homegrown businesses. Hard-working entrepreneurs have created hundreds of jobs for our citizens. Bob and Scott Geyer join a growing list of ‘Made in Davie County’ companies that are adding value and creating solutions in today’s changing business climate.”

For more information about the Extended Stop Arm or Transit Curtains contact Bus Safety Solutions at 336-671-0838 or learn more at www.bussafetysolutions.com or  www.transitcurtain.com.