Reynolds brothers to hook up as 49ers 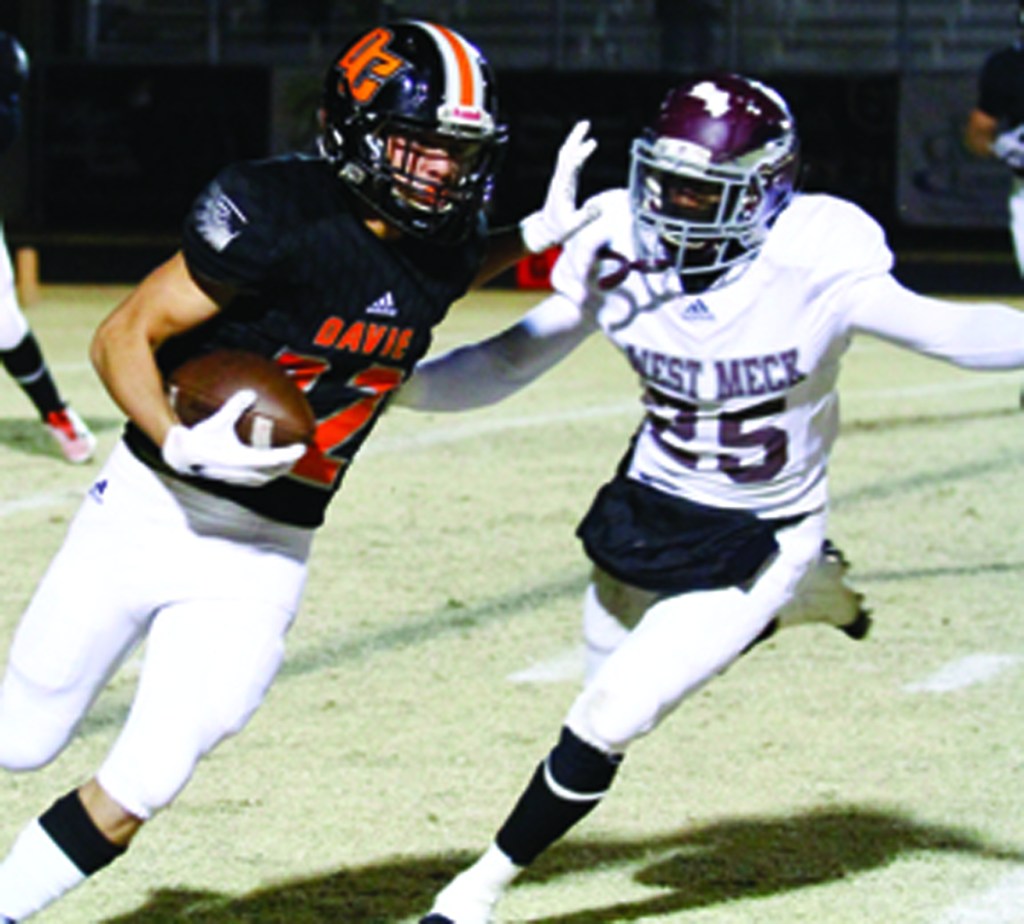 Jack Reynolds hopes to be catching passes from his brother Chris in 2021 for the UNC Charlotte 49ers.

Despite rewriting the Davie football record book, Chris Reynolds was lightly regarded among college football recruiters during his senior year at Davie in 2016-17. After receiving zero Division-I offers following a 2016 season that saw the War Eagles go 12-2, win the conference and reach the 4A quarterfinals, he walked on at Charlotte, rocketed up the depth chart and became a star quarterback as a redshirt sophomore in 2019.

Even though they play different positions, there are obvious similarities between Chris and younger brother Jack. Chris’ lack of size – he’s 5-foot-11 – turned off recruiters. Jack, a senior receiver for the War Eagles, is 5-10. If Chris was still the fifth-string QB at Charlotte – instead of a saving grace after throwing a school-record 22 touchdown passes, posting the season record for rushing yards by a Charlotte quarterback and putting up the top passing efficiency rating in Conference USA last year – Jack may have struggled to find a D-I opportunity just like his brother.

But the 49ers tapped into the Reynolds genes on Aug. 13, offering Jack a scholarship. Six days later, “Jackie Moon” verbally committed to Charlotte.

Charlotte was Jack’s lone offer. He couldn’t be happier about  the possibility of one day catching passes from his brother. They haven’t had that opportunity other than the back yard; when Chris was a Davie senior, Jack was an eighth grader at South Davie Middle.

Charlotte coach Will Healy went after Jack for his “heart,” according to the Winston-Salem Journal.

“The day before I committed, I was talking to my family,” Jack told the Journal. “And it was kind of just talking about how there’s no other dream I’d rather have than to catch some balls from my brother – whether it’s in a game or practice. Just to play and be on the same team and learn from him for a year at Charlotte.”

Less than five minutes into his Davie career as a fearless freshman, Jack was in the end zone, reeling in a 25-yard scoring pass from Joshua Hall in the first ever game at the new stadium on Aug. 18, 2017. After leading virutally all night, though, Davie collapsed late in the fourth quarter and lost 20-14 in overtime to Page.

Jack is a mighty mite, tough as nails, with now-you-see-him-now-you-don’t moves as a slot receiver/kick returner. His wizardry was never more evident than in last year’s amazing 37-34 win at West Forsyth. He hauled in a program-record 15 catches against a team that was 7-0 at the time and would finish 11-2. The old record was 12 catches by Ben Ellis in a 40-33 win over Mt. Tabor in 2015. Later in the year, Jack had nine receptions in a wild 49-42 shootout win over Reagan.

Jack said he was in sixth grade when he became interested in receiver. Chris was a Davie sophomore at the time. Their father, Dan, would sling passes. Chris and Jack would pitch and catch.

Jack will bring massive credentials into his senior season, which will begin in Febrary because of COVID-19.

“You don’t hear about that a whole lot – brothers throwing and catching the ball with each other (in college),” Jack said. “To me, family’s bigger than anything. Hopefully, if I do get to catch some passes from him, I can tell my kids 20 years later: ‘Me and my brother played college football together.’ And to me, that’s just huge.”