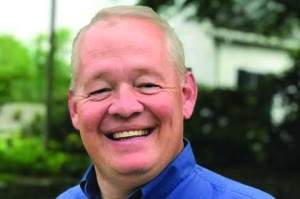 He was born Dec. 14, 1965 in Yadkin County to William Howard Sr. and Ola Mae Groce Seats. He was one of the first “Van Kids” of the Van Ministry of Turners Creek Baptist Church under the Rev. Eugene Goodman. While attending Turner’s Creek, he accepted Christ as his Lord and Savior and became a strong leader for the Christian faith. He served the church as the youth director, Sunday School teacher, youth choir leader, usher, van driver, and in any way he could help to serve Christ.  Later, he received the call to preach and evangelize the Gospel of Christ to others and received his doctorate in religion from West End Baptist Bible College in Easley, S.C. He became the pastor of Southside Baptist Church in Yadkinville where he served for the past 25 years.  At Southside, the congregation built a new facility which he was able to coordinate. He continued to serve Christ through the years by evangelizing, preaching, and singing the gospel with his family sometimes, in as many as 74 churches throughout the southeast in a year.  He was instrumental in the leadership of securing the Personhood Bill in Yadkin County.  This bill was the first of its kind in the United States to protect unborn children.  Seats was also owner and operator of Farmington Mall and worked as an auctioneer with Farmington Mall Auctions of which he owned for the past 38 years.

He was preceded in death by: his father, William Howard Seats Sr.; and by his daughter, Katie Elisabeth Seats Shook.