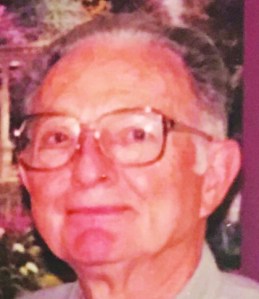 Mr. Smith was a World War II Navy veteran. Upon discharge he entered government service performing the same duties as he had in the Navy for the Navy, Army but primarily the Air Force. His duty stations included bases throughout America, Hawaii, Midway Islands and Germany.  He retired to Jacksonville, Texas after having completed 40 years of military and government service combined.

On May 4, 2018, he was an honored guest on the Dallas/Fort Worth Honor Flight 37 to Washington DC honoring World War II veterans and received a hero’s welcome. He and Bettye attended Central Baptist Church and were active in the church and community. They fostered children and became strong advocates for the Buckner Children’s Home Foundation. He also loved helping Bettye with her genealogy research and traveled many places in search of family history.

They did not have children of their own, but were blessed with many nieces and nephews to include:  Teresa Smith Correll, Russell Smith, Brenda Ellis Graham, Judy Ellis Thompson, Robbie Ellis, Kathy Smith Thompson, Anne Marie Smith Scoggins, Sharon Smith Dubin, Robert Eugene Smith, Carolyn Smith Watson, Charles Garwood and  Sue Garwood Sidden; other survivors, friends Boni and Chuck Demaree of Winona, Texas, who provided love and care to the end.

A celebration of his life was held on Friday, Aug. 14 at Autry Funeral Chapel in Jacksonville, Texas officiated by the Rev. Steve Edwards. He was buried in Earle’s Chapel Cemetery.