Johnson puts on a show for senior team 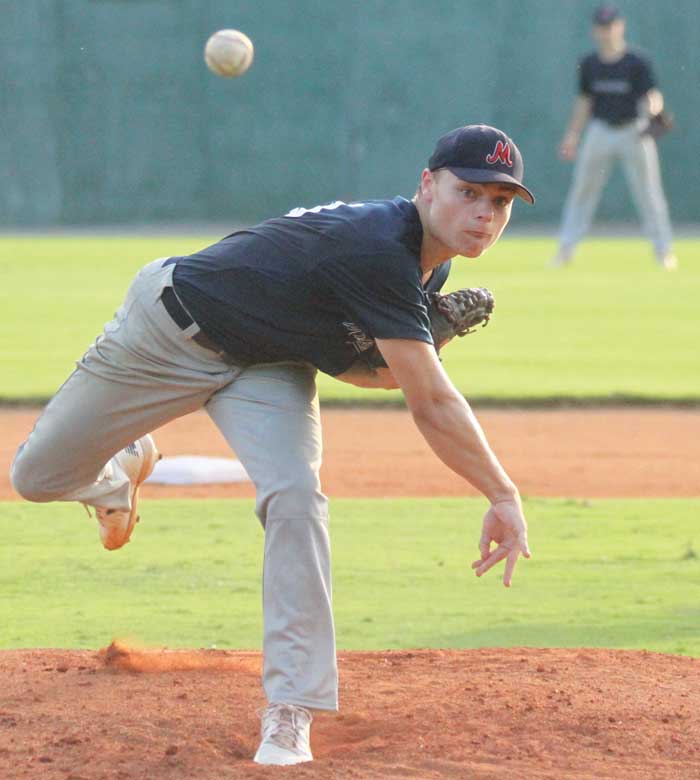 Joe Johnson of the Mocksville Senior baseball team has had plenty of big performances over the years, but the one he delivered against visiting Stanly County on July 26 was a superhuman effort.

He went 4 for 5 with a double as Mocksville pulled away late for an 8-2 victory. But Johnson’s hitting was really only the start of it. He also pitched 7.1 innings of six-hit ball. Stanly scored twice off Johnson, but both were unearned. He walked just one. Did we mention he got 22 outs in 87 pitches?

“The MVP of the year is Joe Johnson,” coach Charles Kurfees said after Johnson picked up his first win in three decisions and lowered his ERA to 2.70 in 20 innings. “He’s batting .412 and he’s the best pitcher we’ve got, too. We would have left him in the whole game, but the pitch count got him. If we were going to have a playoff series, Joe would be our No. 1 pitcher.”

It was a serious pitchers’ duel for four innings. Mocksville scratched out the game’s first run in the fifth, when Johnson singled with two outs to put Beaven Arey in scoring position for Troy Clary, who came through with a run-scoring hit.

Mocksville got some separation in the sixth. Ethan Wilkins doubled and Josh Westmoreland bunted for a hit. Wilkins scored on Josh Spillman’s groundout, and Westmoreland came around when Bailey McKnight reached on an error.

Stanly cut a 3-0 deficit to 3-2, but Mocksville responded with two runs in the seventh. J. Johnson ambushed the first pitch for a double. Brett Johnson, Wilkins and Westmoreland followed with hits and Stanly was cooked.

J. Johnson wasn’t the Lone Ranger offensively. Wilkins swung the bat like a destructive storm himself, going 4 for 5 with a double. Westmoreland was 3-5.

Mocksville hit the ball so well that its six errors hardly mattered.

“Our defense hasn’t been real good all year,” Kurfees said. “We’ve had to jockey people around to different positions (because of injuries).”

Notes: Jamie Weincoft got the job done in relief, throwing 1.2 scoreless innings with three Ks. … This was the second straight win for Mocksville (11-14) on the heels of a six-game losing streak. … This was Mocksville’s 11th game in 11 days.