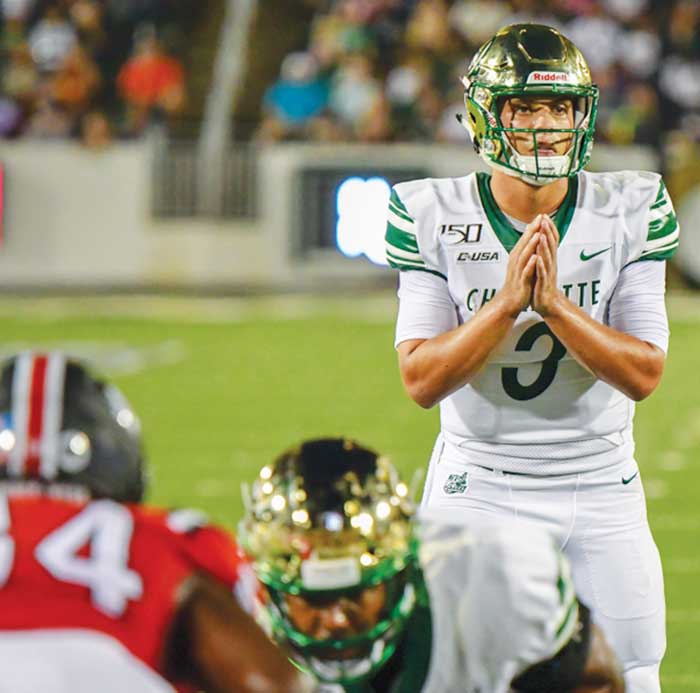 Charlotte 49ers redshirt junior quarterback Chris Reynolds, a 2017 Davie graduate, has been named to the Watch List for the 2020 Manning Award, which is presented annually to the top quarterback in college football.

It is the second national Watch List that Reynolds has been named to this preseason. Before that, Reynolds earned a spot on the Maxwell Trophy Player of the Year List.

The Manning Watch List includes 30 of the top quarterbacks in the nation heading into the 2020 season. The winner will be selected by a voting panel, which includes national media and each of the Mannings, after the bowls. Reynolds is one of three quarterbacks from Conference USA  named to the list and one of 11 juniors to be recognized.

In addition to being named to the Manning Award and Maxwell Trophy Watch Lists, Reynolds has been named preseason all-Conference USA second team by Athlon Sports and Phil Steele.