Merrifield gets hit in each game 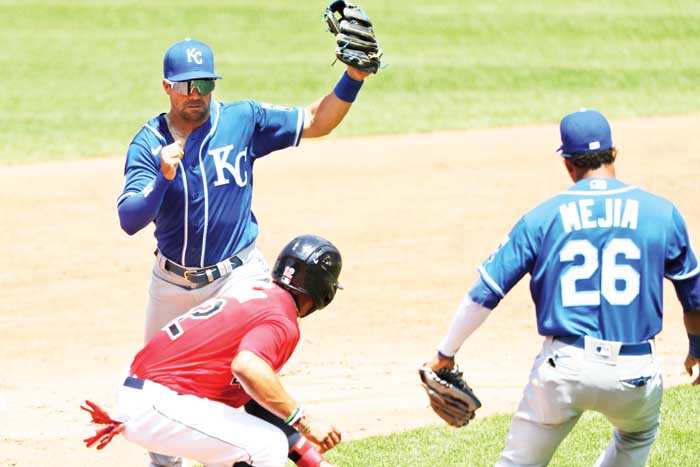 Cleveland Indians' Francisco Lindor, center, is caught in a rundown between Kansas City Royals' Whit Merrifield, back, and Erick Mejia in the third inning in a baseball game Sunday, July 26, 2020, in Cleveland. Lindor was out on the play. (AP Photo/Tony Dejak)

Whit Merrifield of Advance didn’t waste any time starting a hitting streak. He hit safety in each of the first three games for the Kansas City Royals last weekend in Cleveland, Ohio.

Batting leadoff, Merrifield has played right field, center field and second base. He has paced the big leagues in hits the past two years.

“It’s going to be different, a little bit more of a mental challenge,” he told MLB.com. “If you don’t get off to a good start, you won’t have that 162 games to make up for it. Guys will have to realize that it won’t be that long of a season. Guys also can’t compound it and press to try to make up for it. But you sort of have to play well and play well early.”