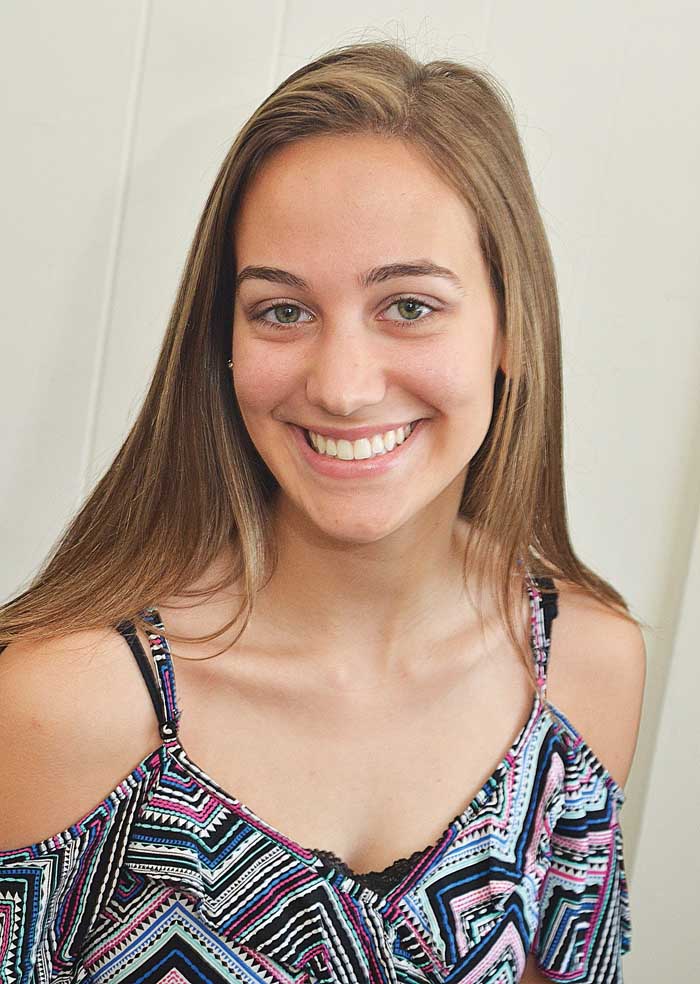 But that wasn’t the reason she applied to go to the school. It was money.

She graduated in May with an associates degree. “That’s $20,000, two years of college,” she said.

“I also liked the idea of a smaller high school. Everyone knows everyone’s name.”

Savannah originally wanted to enter the military and had been accepted into the Coast Guard Academy, and attended a weekend program for prospective students. “I immediately knew it wasn’t for me,” she said.

So she’s setting her sights on dental school. The daughter of Deborah Lagle Jones and Van Jones, she will be studying biology at Western Carolina University.

Savannah was a member of the Performing Arts Club at the early college, a student ambassador for three years, a member of Catalyst – Fuel the Change club, was senior editor of the yearbook, a Special Olympics cheer coach, a youth volleyball coach, worked with Big Brothers/Big Sisters, Family Promise of Davie County –  donating countless hours volunteering. Her goal was to complete at least 100 hours of volunteer work every year.

“I really enjoy philanthropy,” she said. She also likes photography and movies.

The coronavirus pandemic hit early college students a bit harder because they were on spring break when schools closed. There was no chance to say good-bye in person to many of her friends.

“I had already gotten my prom dress, and then it was canceled,” she said. “At the beginning, we thought cool, an extra week off. Instead, the whole semester ended.

“I’ll miss the connections with staff, students, the things I was involved in.” She knows no one else who will be at Western in the fall. “It will be like a new re-boot.”

Her advice to fellow classmates?

“Be kind. I know it’s cliche, but you never know what someone is going through. It’s good to broaden your horizons, including people who aren’t in your social clique.”