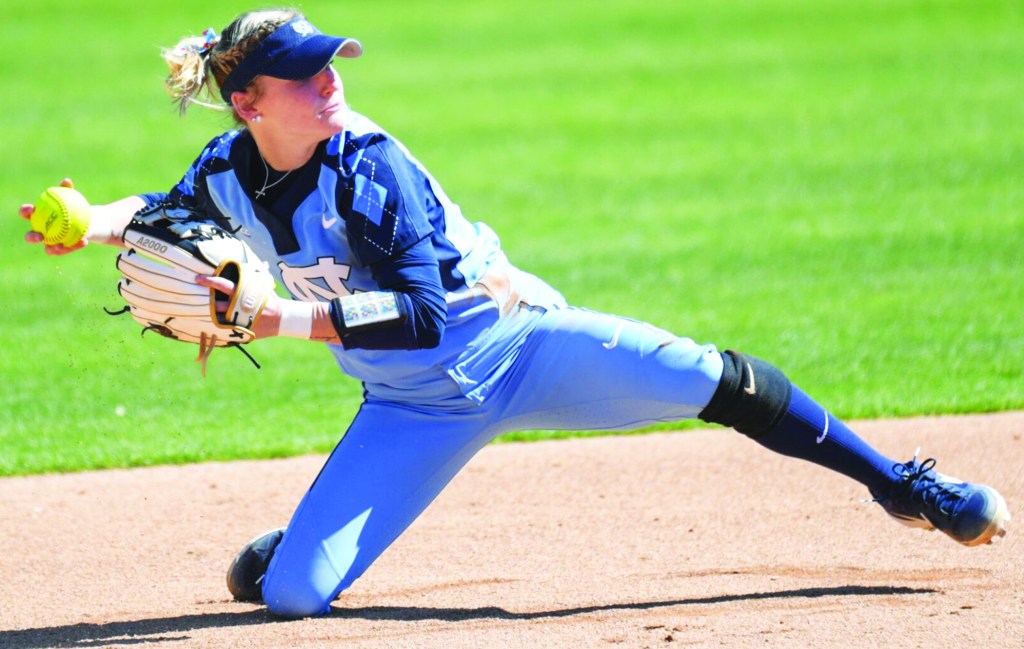 The Tar Heels were on a spring break road trip that encapsulated the highs and lows of competitive sports. There was a dramatic 3-2 win over national power Tennessee in Knoxville followed the next night by a humbling loss to Lipscomb in Nashville. After the game, the team bus meandered the roads between Nashville and Charlottesville as the team headed toward an ACC series against Virginia.

But the players sensed there was something else going on. During the ride, the coaches were on their cell phones and speaking to one another in hushed tones.

Somewhere in Tennessee, the bus pulled over and the players were told to exit while the coaches and staff huddled amongst themselves. When the players reboarded, they were given the news that no athlete wants to hear.

Their season was over – a victim of the COVID-19 virus.

A similar scene played out a thousand times throughout the country, including in Greensboro, site of the ACC basketball tournament. Just like that, the career of the Advance native and her senior teammates appeared to be over.

During the agonizing weeks that followed, shock and disappointment gave way to optimism and hope. There was talk that spring sports athletes might be given another year of eligibility. In describing those uncertain times, Hutcherson shared her thoughts.

“It was hard to comprehend at first,” she said. “The underclassmen rallied around the seniors and were amazingly supportive. I truly felt that the NCAA would do the right thing. I couldn’t imagine that this was the end.”

It would be several more weeks before Hutcherson learned whether she would ever be able to wear the Tar Heel uniform again.

Campbell, the daughter of Jim and Elizabeth Hutcherson, has lived her life in Advance. The third of four children, and the only girl, she grew up playing baseball with her brothers. But while other girls were playing softball, Campbell was mixing it up with the boys and more than holding her own. In fact, she was becoming a star on the diamond.

Summers were filled with travel baseball tournaments and all-star appearances for her team, the Clemmons Canes. She was the only girl on the team, but no player was more talented.

Devastated by the news, Hutcherson transferred to Forsyth Country Day. While there, she compiled a remarkable career as a softball and basketball player. On the hardwood, Hutcherson was the team’s leading scorer and an all-conference performer three years as a 5-5 point guard. She surpassed the 1,000-point threshold as a junior. And although she would also be a four-time all-conference softball player and two-time all-state selection, the transition from baseball to softball presented several challenges.

She initially struggled gripping the larger ball and adjusting from her “baseball swing.” Instead of hitting curveballs that sink, she had to learn to hit rise balls. Fortunately, she was a quick study. She made the transition playing for her high school team and then in the summer for her travel team, the Carolina Cardinals.

During her junior year at Forsyth Country Day, Hutcherson led her team to the NCISAA 3A state championship and before graduating she had been named the conference’s offensive and defensive player of the year. She was also honored as the FCDS female athlete of the year. During one historic season, Hutcherson achieved an amazing .635 batting average and a .981 slugging percentage as the team’s shortstop.

By the time Hutcherson had finished her high school freshman year, it was apparent she had the talent to someday play at the college level. As a basketball player, that probably meant attending a Division II or III school. But as a softball player, the sky was the limit. Though both of her parents graduated from Wake Forest, being a Demon Deacon was not in the cards as they do not have a softball program.

She started attending softball camps at UNC and after one such camp following her sophomore year, she received a scholarship offer from Hall of Fame Coach Donna Papa, who has guided the Tar Heel program for 35 years. During the fall of her junior year, Hutcherson verbally committed to the Tar Heels.

Hutcherson made an immediate impact for the Tar Heels as a freshman, appearing in 54 games and starting 42 at first base. She proved to be a stellar defensive player as she committed only two errors in 308 chances for a fielding percentage of .994. In her first career at-bat, she hit a double against Purdue. The team had a 40-21 record as it reached the ACC Tournament final before losing to perennial powerhouse Florida State. The season ended with an NCAA Regional loss to Ole Miss in Oxford.

During her sophomore season, Hutcherson’s playing time diminished as she appeared in 33 games with 25 starts. But during her junior year, she was back as a regular in the lineup with 57 appearances and 54 starts. The team sported a 38-20 record and was one win from a Super Regional berth before losing to Tennessee in Knoxville. Hutcherson’s defensive prowess was even recognized by ESPN when an acrobatic diving catch was featured as one of the Top Ten Plays of the Day on SportsCenter.

As a senior this spring, Hutcherson approached her final season with the excitement and dread that all athletes experience when faced with the prospect of no longer being able to play the game they love. Though the team got off to an uncharacteristic 10-14 start, Hutcherson was a stalwart on the field. On defense, she committed an error in only one of the team’s first 24 games. At the plate, she was batting .341 and had a team-high on-base percentage of .472 while starting in all but one game.

And then it appeared to be over. No fanfare. No Senior Night. No chance to walk across the graduation stage at Kenan Stadium. The news that night from somewhere in Tennessee was devastating. The season was over and campus would soon be shut down.

Following a remarkable athletic career that started at age 5, Hutcherson took some time to reflect on it all.

“When I got to Chapel Hill, I was surrounded by 22 girls who were the best from their high schools and who expected to be a starter,” she said. “We began our mornings at 5:30, worked out for an hour and a half, went to morning classes, grabbed a quick lunch, went to the training room for an hour, practiced for several hours, rushed to tutoring and got home late to finish homework. Then we would wake up and repeat.”

Then add in games, travel and community obligations and there is little time for anything else. One thing she had enjoyed outside of softball is the “Lil Sis” program where young girls can sign up and be assigned to a player on the UNC softball team. The girls get invitations to events, team merchandise and personalized letters throughout the year.

There is no denying, however, that the hectic schedule can take its toll physically. Hutcherson has undergone two shoulder surgeries to repair her labrum and another procedure to repair her biceps tendon. Each procedure required extensive rehab during two separate fall seasons to get ready for spring competition. But as of March 12, she was healthy and playing the best softball of her life – until fate intervened.

Over the next few weeks, Hutcherson thought back about how far she had come as an athlete. She remembered those days as a little leaguer and all of the sacrifices others made for her. There were those in the Davie County community who supported her; the teachers who inspired her; the coaches that volunteered their time for her; and especially her parents who seldom missed a game.

“My parents had to juggle multiple kids’ practices and make sure I was where I needed to be – whether it was softball or basketball – with the right uniform in the right city,” she said. “They missed vacations and spent a lot of money just to provide the travel opportunities for me. Even when I was at Carolina, they rarely missed a game, traveling all over the country and beyond, including California, Puerto Rico and Mexico. It was really special seeing them in the stands, especially when we were on the road.”

Often times, the NCAA is criticized for making decisions that do not always appear to be in the best interests of the athletes they serve. But this time they got something right. In April, the NCAA granted another year of eligibility to senior spring sports athletes, thus giving Hutcherson and others like her another opportunity to experience their senior year one more time. Just last week, Hutcherson earned her degree in Exercise and Sports Science. This fall she will return to UNC in a graduate program and in the spring will suit up for the Tar Heels for one more season. Her plans beyond are to serve as a volunteer coach at a Division-I university or pursue a career working with individuals with special needs. Whichever path she pursues, with her talent and drive, Hutcherson is destined to achieve great things.