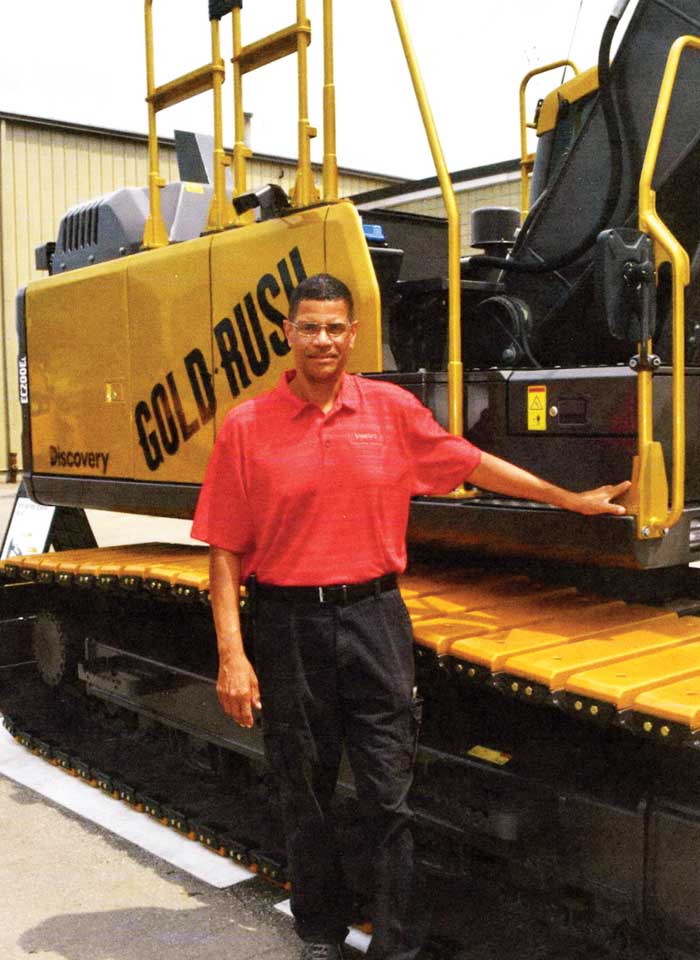 For those who are fans of the Discovery Channel’s Gold Rush television show, you may have noticed the appearance here of a unique transport truck with a Volvo Excavator on board with the words “Gold Rush.”

It was even in the Advance Christmas Parade per a request from the Cornatzer-Dulin Fire Dept.

Gold Rush in 2019 celebrated its 10th season on air and to commemorate the success, Volvo Construction Equipment North America in cooperation with Discovery Channel decided to celebrate with the creation of a one-of-a-kind excavator and send it across North America.

Since June 3, Eric Dalton, a 1983 graduate of Davie High School, has been the driver for the Gold Rush Excavator and has traveled more than 2,100 miles across Canada and the United States, employed with Keen Transport of Carlisle, Pa.

Dalton has performed special transport of large construction and mining equipment for 10 years.

“It has been a unique opportunity and honor to fulfill the role of host driver,” he said. “What people don’t see is the number of professional people behind you as your support. To achieve a tour such as this one brings with it unique challenges. The planning, logistics, event locations, documentations and technical support take a lot of uniquely qualified people to bring something like this together. All in all it is a privilege to be a part of a commemorative tour such as this.”

The Volvo EC200 excavator is Volvo’s pride and joy, he said. It is emblazoned with the words “Gold Rush” on the boom, sides and rear with specially formulated gold paint that cost $700 per gallon. Even the tracks are covered with special pads formulated to resemble gold bars. The interior includes and heated and air conditioned leather seat and custom gold embroidered signatures of Tony, Parker and Rick – the three leading cast members of the show.

The excavator was sold at auction Feb. 21, with a final public appearance scheduled at this weeks 2020 Con Expo in Las Vegas, Nev. at the Volvo Construction Equipment pavilion.

Dalton has traveled two countries hauling the Gold Rush Excavator, from Regina, Saskatchewan in Canada to locations across the United States, including Advance and Mocksville.