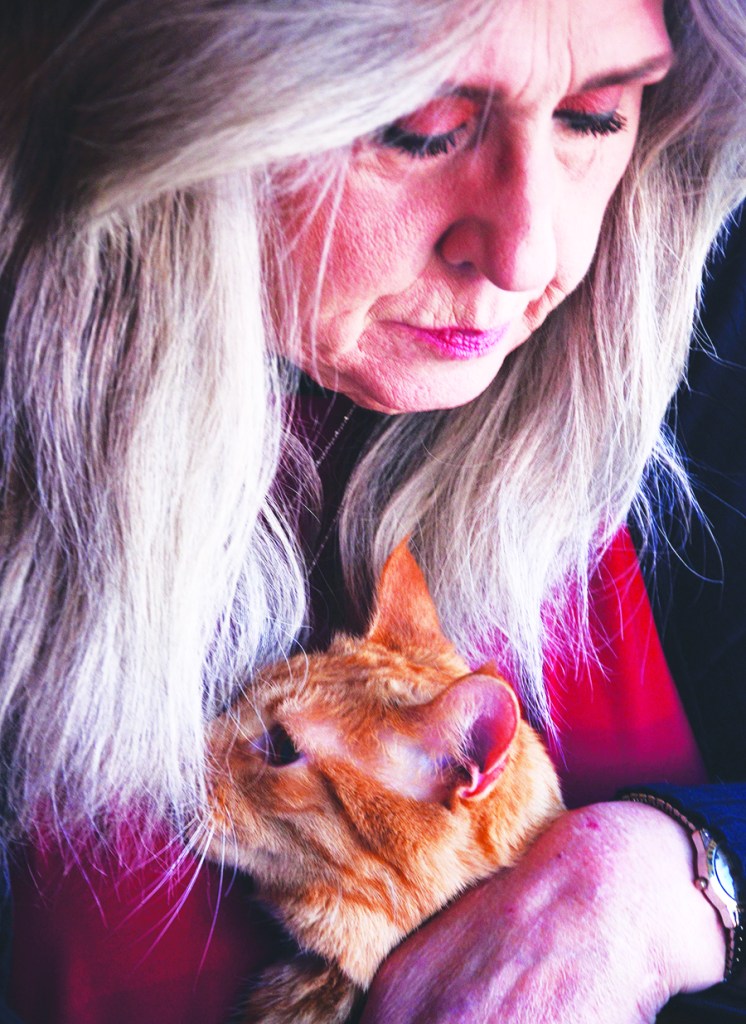 Sarge Butters is officially retired from the Mocksville Police Department, but not before a ceremony at Coffee with a Cop last week in which the cat was promoted to lieutenant.

According to Police Chief Pat Reagan, Lt. Butters is doing what he does best – lifting the morale of those around him; but now, instead of a department full of officers, he is helping boost the morale of a local woman who had recently lost a pet while going through a myriad of physical problems.

Butterscotch, as he was initially called, came to the department as a stray kitten in July, 2018, so small he could fit in one of Reagan’s hands. Now, he’s a full-grown, healthy adult.

“He was small, afraid, and desperately in need of assistance and a home,” Reagan said. “Butters not only made himself at home in our building, but quickly made an impact within the department itself. Sarge Butters quickly became the face of the MPD on social media. His online followers extended across Mocksville and around the world.”

Butters, jumping on the lap of a suspect, once coaxed a confession.

Butters, he said, boosted the morale of a department that needed a boost.

When he was removed from the department in August amid controversy, those followers took action and have been at town board meetings since that date.

Shirley let officers visit Butters in her home when he first moved there, and provides regular updates. At first, she wasn’t sure she wanted another pet after hers had died.

“Shirley agreed to foster Butters because she related to his situation, seeing him in need much the same way she had been.”

It took about a week, she said, for Butters to really become comfortable in his new home. He enjoys looking out the window at the birds and squirrels, and anytime she leaves, upon her return, Butters is at the door. He slaps her hand with his paw. She’s not sure if it’s a welcome home or a punishment for leaving in the first place.

Reagan said he knew the partnership would work after Shirley, when telling stories about Butters, changed from “he” to “we.”

Officers, Reagan said, take an oath to serve and protect. Butters understood that oath. “Sarge was the calm, relaxed face our officers could depend on to help in a stressful time. With Shirley, Sarge is the daily reminder to stay positive and resilient in the face of life’s many unexpected challenges.”

“Whether it’s protecting a family, an individual, or a furry friend, our officers treat everyone with the highest level of concern and respect,” he said, mentioning Coffee with a Cop, the Citizen’s Police Academy and the newest project – TAPS.

The department has rescued three more animals since Lt. Butters.

He said it is best for Butters for him to remain with Shirley.

“As police chief, I am committed to doing w3hat is best for the community, best for my department and best for all that serve a greater good. For these reasons, the Mocksville Police Departmnet believes Sarge Butters should remain with Shriley as his ‘fur-ever’ home.”