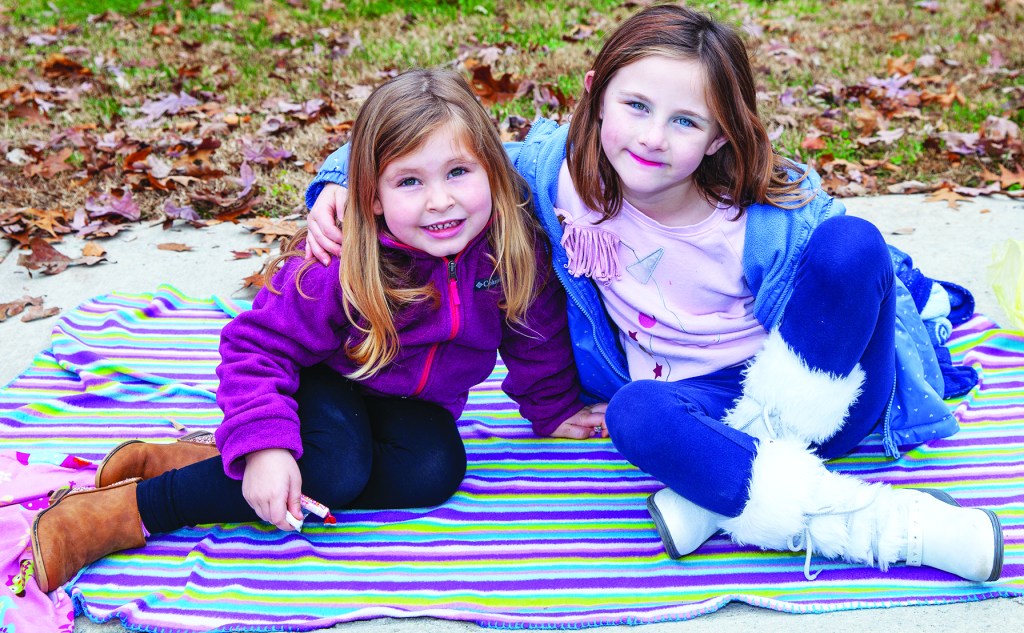 Madison Harris and Natalie Kizer have a blanket to sit on while enjoying the Christmas parade and celebration in Cooleemee Saturday evening.

The town of Cooleemee held its second annual Christmas Parade on Saturday, Nov. 30 at 4 p.m.  The rain held off.

Everyone enjoyed free hotdogs after the parade at the cook shack while Santa was seated ready to receive young and older on his knee at the shelter.

Santa’s cheeks were rosy and round and he had a kind nature about him. He was gentle with the small ones that screamed at the sight of him or those who kept their safe distance.

When brave ones came up to face the full white curly beard, Santa would ask if they had been good all year and what did they want for Christmas.   He held a wide leather strap that had heavy silver bells on it and he gave it to the child to shake while making a wish.

Barbara Chapman wasn’t too shy to take a seat on Santa’s knee. She sure looked like she was having a great time.

Hope everyone had a blessed Thanksgiving and the parade helped  kick off the Christmas celebrations.

May your travels be safe, filled with joy and love while finding those special gifts.

Hugs are free and they are priceless so give out as many as possible and make a real difference.