Veterans honored on their day 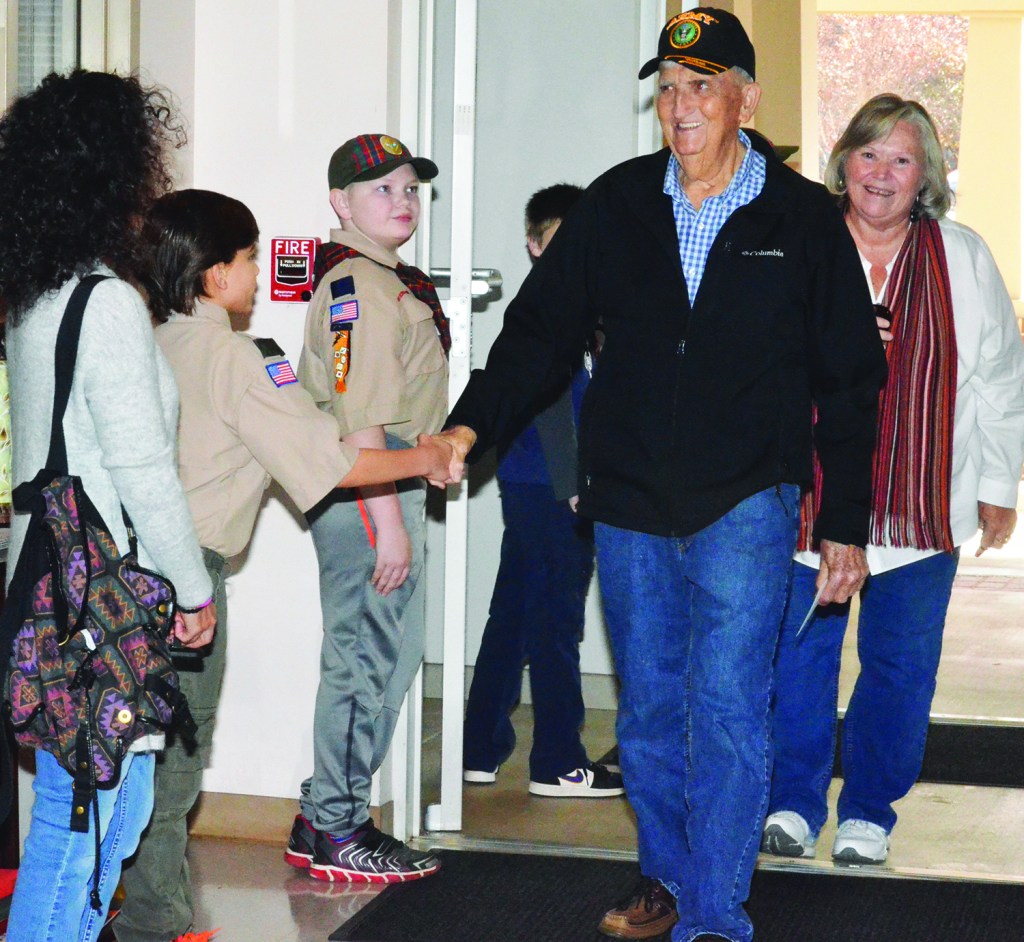 Local Boy Scouts thank Grady Trivette, 88, for his service in World War II at the Veterans Day obsdervance Monday at the senior center. His daughter, Anita Beadle, accompanied him to the event. - Photos by Robin Snow

The monument on the square in Downtown Mocksville is testament to the fact that Davie County residents believe in their country.

It holds the names of each who died in a war.

On Monday, folks gathered at the Senior Services building for a Veteran’s Day service, remembering those who paid the ultimate price of their life – and honoring those in attendance who served in the military. There were representatives from World War II to current Middle East operations and every conflict in between.

“North Carolina folks, Davie County folks, have always been proud to serve this country in so many roles,” said Lynne Hicks, event organizer.

She encouraged those who served to tell their stories, as World War II prisoner of war Harold Frank had done.

Frank acknowledged that it wasn’t easy, but after telling his horror story decades after it happened, his life changed for the better.

“Remember what we’ve got in this country,” Frank said. “I know we ain’t perfect, but we’re still better than the rest of them. We’ve got freedom. We’ve rescued the world twice.”

He encouraged young people to never give up. It’s what kept him alive in that German prisoner of war camp – that and prayers from back home.

Grady McClamrock Jr. sang a solo, “Some Paid All,” in memory of his friend, Vietnam War veteran Tim Smith.

He and Smith started the Heroe’s Fund, a non-profit that still helps struggling veterans. “His (Smith’s) legend still lingers on,” he said.

Father Dan Wall of the Episcopal Church of the Ascension gave opening and closing prayers.

“Lord, you were there 100 years ago today … on the 11th hour of the 11th day of the 11th month … when the Armistice was signed and the guns fell silent ending World War I. You’ve been in every war since, standing beside those who fought. You have been with each generation. You have hoped with us that each battle will end war.

“Help us be a nation that shares liberty.”