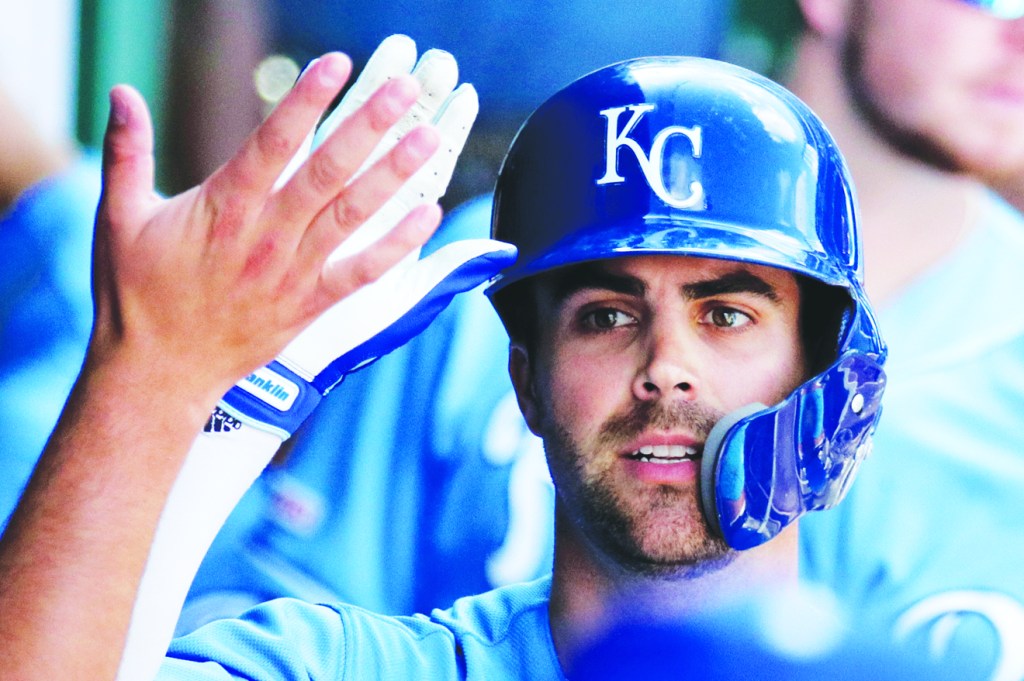 Kansas City Royals' Whit Merrifield celebrates in the dugout after hitting a solo home run during the eighth inning of a baseball game against the Baltimore Orioles, Sunday, Sept. 1, 2019, in Kansas City, Mo. (AP Photo/Charlie Riedel)

Whit Merrifield of Advance achieved a rare feat by leading the major leagues in hits in back-to-back seasons.

The only players to lead the majors in hits in consecutive years since the end of World War II are Stan Musial, Pete Rose, Kirby Puckett, Tony Gwynn, Ichiro Suzuki and Merrifield.

Merrifield, the 30-year-old leadoff batter for Kansas City, became the first right-handed hitter to lead the majors in hits in back-to-back years since Puckett in 1988-89.

Ned Yost – who retired as manager following Sunday’s season finale, when Merrifield received a standing ovation as he came off the field in the middle of the game – said recently: “It’s unbelievable. It blows my mind, a 200-hit season with five games to go. Last year I thought it was unbelievable with 192. He’s just a model of consistency. I don’t even know how to explain it – he just hits, hits, hits, hits.”

The remarkable accomplishments go on and go. Merrifield started the season breaking the Royals’ hitting streak record. He made the American League All-Star Team. He became the seventh player in franchise history with 200 hits in a season. He finished with 206 hits, five more than the next man. Playing all 162 games, he hit .302 with 16 home runs and 74 RBIs.

Merrifield was the only ray of light for a team that lost 100-plus games for the second year in a row.