Teen earns key to the city 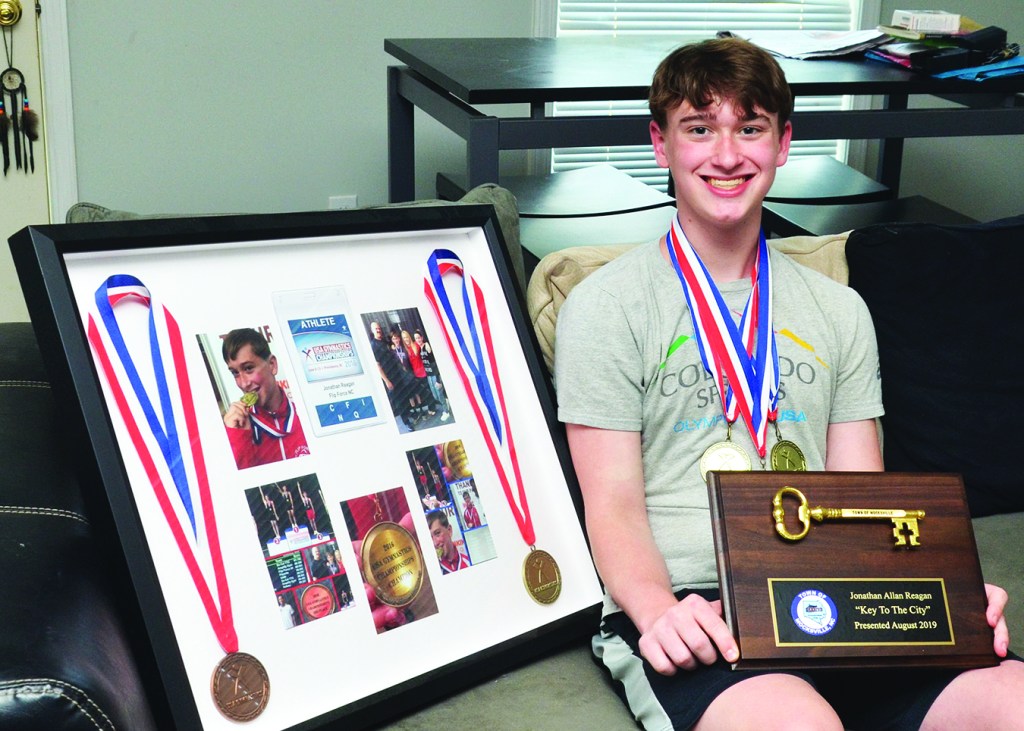 Brandi Reagan will never forget the day she looked out her window and saw her son, Jonathan, at age 4, walking across the top of the swing set.

Or the time he jumped out of a treehouse onto the trampoline.

She enrolled him in tumbling. At least that way, she thought, he would have pads around him to make falls safer.

Flash forward to 2019, and her son just received a Key to the City from the Mocksville Town Board for his accomplishments on the trampoline – including three national championships. He’s hoping he can continue to qualify for the Olympics.

“I loved it,” Jonathan said. Within a couple of years, he was among the best at the gym.

“He had a talent, but he had only been on an outdoor trampoline, so he had to learn some skills,” she said.

He’s now competing in the Senior Elite division, the ones who are picked for the Olympics. His top trick? A triple front flip with straight legs. Only a handful in the country can pull that one off.

He now practices for 2.5 hours a day, four days a week under Coach Nick Minney at Carolina Elite in Archdale. He’s just got his driver’s license, so the daily walks in the park for mom may be over.

A junior at Davie High, Jonathan says his friends think his accomplishments are “pretty cool.”

He’s only had one major injury, when he kicked out too early on a half pike and his leg crashed into his face, causing a gash. Jonathan only missed one practice, and competed in the state championships the next weekend.

“I’ve seen people competing of all shapes and sizes,” he said. “It’s mainly about form – and leg and core muscles.”

He lives in Mocksville with sister Sara, 17, and parents Brandi and Pat Reagan. And he’s learned where the “key to the city” concept came from; hundreds of years ago when guards kept keys to the city to keep the unwanted away.