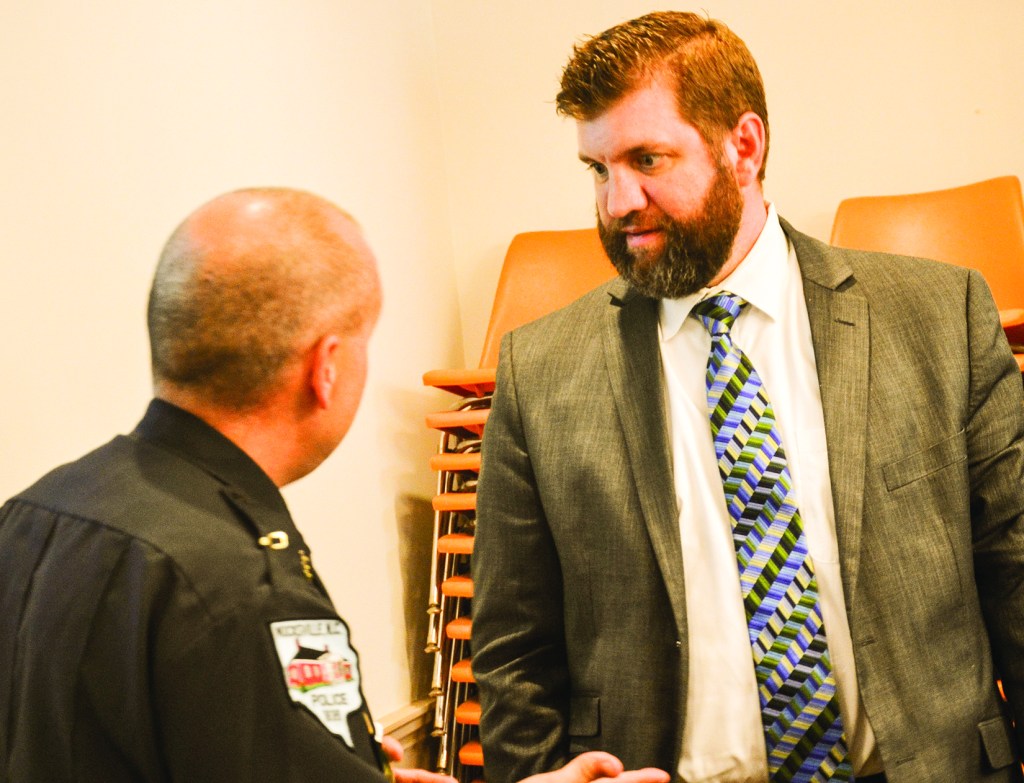 Matthew Settlemyer spent his first day on the job as Mocksville’s new town manager last week, and came away with this observation: “This is a great community.”

He had just been unanimously approved by the town board as the town’s fourth permanent manager, replacing Marcus Abernethy, who resigned under pressure last spring.

The former manager of Black Mountain for six years, Settlemyer was town manager for Drexel for nine years and worked as public works director of Huntersville for four years.

“I will work hard with the community and our leaders to keep Mocksville moving in a positive direction,” he said. “On behalf of my family, we are all excited to become part of such a welcoming and engaging community.”

Settlemyer spent his first day on the job meeting with department heads.

“Matt Settlemyer brings several years of managerial experience to the table and will be an asset to Mocksville for years to come,” said Mayor Will Marklin. “We look forward to working with him in determining the future needs of our town while improving the quality of life for its citizens.”

“You will be a great town manager,” Commissioner Brent Ward told Settlemyer after his swearing in. Settlemyer was at the top of the pack from the beginning from about 60 applicants, Ward said, who also thanked interim manager, Leonard Barefoot. “We haven’t skipped a beat and we appreciate it.”

“I think we’ve made a very good find,” said Commissioner Amy Vaughan-Jones. “You stood out from the get go.”

Settlemyer is a 1992 graduate of the University of North Carolina at Chapel Hill with a bachelor’s degree in political science. He earned his master’s degree in public administration from Appalachian State University in 2005.