Feral pigs a problem at the Point 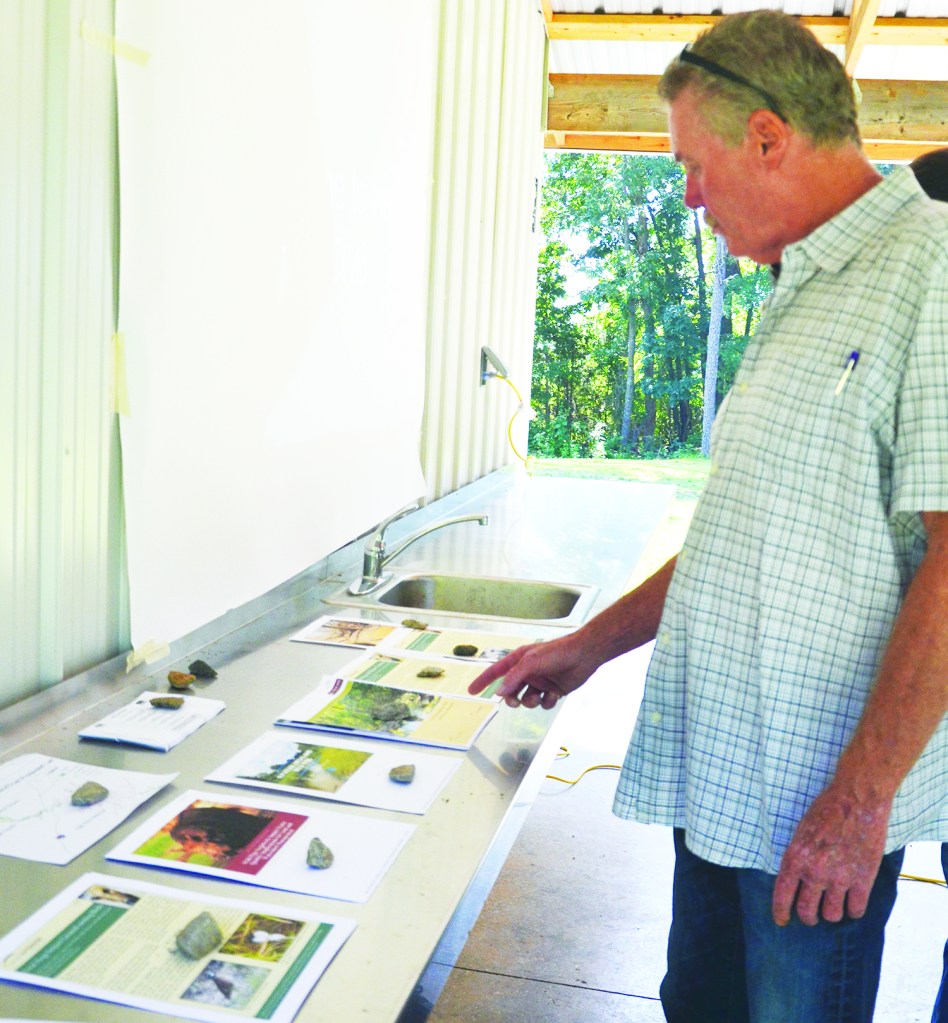 Wild turkeys have disappeared at The Point, the hundreds of acres where the Yadkin and South Yadkin rivers meet in southern Davie County. It was one of the first places the birds were released when restoration efforts began years ago.

White-tailed deer are few and far between.

It used to be a haven for all three.

The problem is feral hogs, released illegally in the area eight or so years ago.

Neighboring landowners and farmers got together last week at the historic Cherry Hill Church to talk about the problem. They laid much of the blame on Three Rivers Land Trust and its management, formerly the Land Trust for Central North Carolina.

Even the person who brokered the deal to get the 1,400-acre Springer property to the land trust said it was a mistake.

Roger Laudy, a next-door neighbor to the point, arranged the meeting and said many people should be worried because the pigs are tearing up the vegetation lining both rivers and creeks that feed them. The sediment and waste ends up in the river, where some 1.7 million people downstream get their drinking water. He said the problem has gotten worse since the land trust did away with hunting leases and now offers hunts to people who pay for the privilege.

Neighbors and land trust officials give different numbers on the amount of pigs that have been killed since those hunting leases were scrapped.

Dr. Stuart Meloy said domestic pigs become feral two generations after going into the wild. They lose their pink noses, grow longer, darker hair and tusks. They’re the fourth smartest animal, making it difficult to get rid of them, he said.

And they’re prolific. A sow on average has a litter of six or more piglets about every 1.5 years.

“The most telling part is … you have to kill off more than half of their numbers each year just to keep the population level. These animals, if left unchecked, can cause death and destruction on a widespread scale.”

He went over many of the diseases feral pigs are known to carry.

Laudy said hunters were taking 80-120 pigs a year when hunting leases were in effect. “We kept them contained.”

Laudy said he talked to the land trust director who said he cared less what neighbors were doing, but they would be arrested for trespassing if caught hunting on land trust property. “Unfortunately, they (land trust) will not tell you what they’re doing. They just told us ‘we’ve got it under control’,” he said.

Travis Morehead, executive director of the land trust, told the Charlotte Observer that the non-profit had removed 188 hogs from the property since 2015, by the hunting program, in a trap and by infrared drones to estimate the size of the herd. He said 87 hogs have been removed so far this year.

Laudy questions those numbers, and also questioned how the trust could get an $863,000 clean water grant when signs of hog damage are getting worse on the rivers. “It’s all about clean water, maintaining riparian buffers within 800 feet of the water with vegetation on each side. I don’t seem them being good neighbors down here.”

He showed photos of hog damage on the river and creeks. “How’s that going to give us clean water? How can clean water maintain funding on property already in peril?”

“The land trust needs to be more transparent with its hog efforts,” Laudy said. “We get the runaround from these people. The whole eco-system is changing. It’s frightening the lack of what’s being done.”

“There’s no trasnparency,” said Tim Shaw of Davidson County. “The lant trust uses the hogs as a draw.”

Farmer Ray Crotts once leased farmland adjacent to The Point, but declined this year. The damage caused by the hogs was too much. Holly Miller, who along with her husband grows crops nearby, said they have experienced some damage by the hogs.

There is no season for hunting feral pigs. Hunters may take them, but only if hunting another game animal in season, with the weapon allowed for that game animal. They admitted that state and federal legislative help may be needed. Brian Williams suggested they go to Davie County Commissioners first, asking for a resolution for a change in state hunting laws.

In addition to The Point property, there is another large landowner, and hunting rights there are sold to two people only.

“The whole Point, there’s not hunting going on. It’s kind of scary,” Laudy said. “The Wildlife Resources Commission laws were written before we had this problem. It’s too small a time period to hunt. It should be 365 days a year.”

The neighbors blame the land trust because it owns the most acreage, none of which is developed. They’ve been to state Rep. Julia Howard, who met with Morehead and was told it was a department of agriculture problem, said Diane Foster.

He encouraged those at the meeting to talk about it to everyone, and make calls to decision makers with government and the land trust.

“We have to figure out something,” he said. “We’re losing this battle.”