The Piedmont Opry in Farmington on Friday 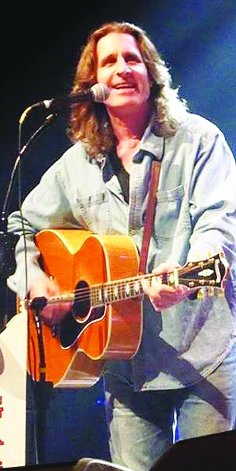 George Hamilton V will emcee and perform at the opry.

Americana, bluegrass, traditional country singers and musicians will be making their way to Farmington as George Hamilton V from Nashville, Tenn. brings the opry back to town again.

Hamilton is a 30-year veteran of the Grand Ole Opry and has traveled around the world, performing as a solo artist and with his father, Winston-Salem native and Grand Ole Opry legend, George Hamilton IV. Hamilton just returned from headlining a music festival in Poland and looks forward to being back in Farmington.

The Piedmont Opry is a fusion of local artists, great music, comedy and good clean fun for the family

Hamilton’s goal is for each Piedmont Opry to feature talented localsfrom in and around Farmington and to introduce regional and sometimes national touring artists and bands.

The last Piedmont Opry sold-out and the July 27 event includes some of the same great artists as well as some award-winning newcomers.

Richard Boyd returns with “The Queen of the Doghouse Bass,” Billie Feather.

The Jones Sisters from Linwood will perform bluegrass gospel with a Celtic flair, a hint of old country and an emphasis on sibling harmonies. The sisters range in age from 13-20 and just returned from performing in Nashville at the legendary Ryman Auditorium.

Food and refreshments will be available.

Tickets are available at Farmington Community &Events Center, www.Farmingtoncc.org, and are $10 for adults and $6 for seniors and children under age 12.