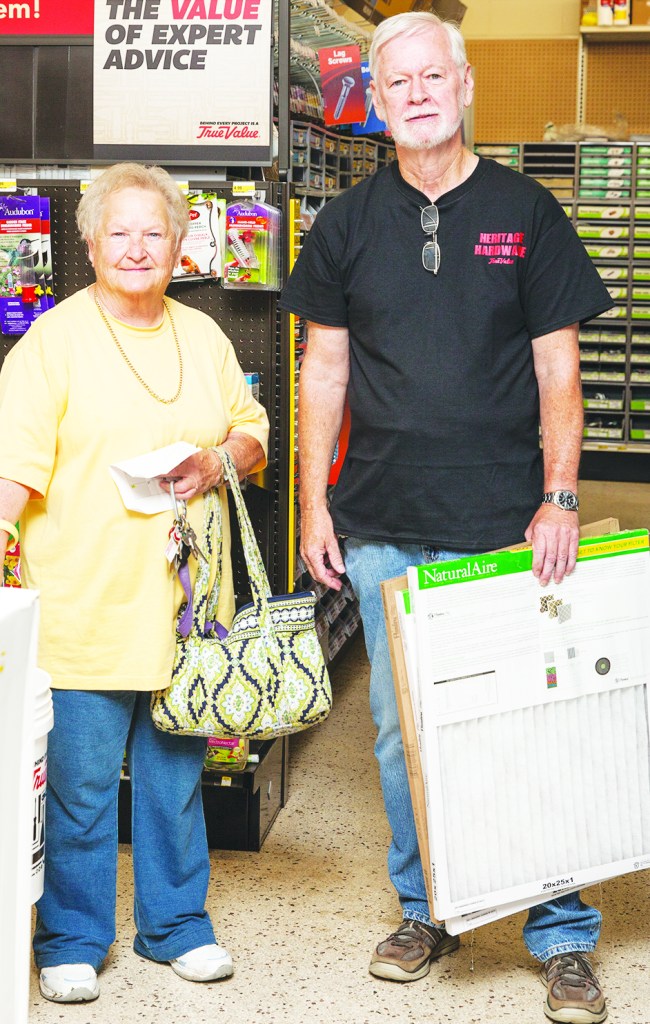 On Saturday, June 16, the new owners of the True Value Hardware Store had a grand opening.  Mike Hendrix and Susan Cobb are brother and sister and with family members, they had a very successful day.

A bouncy house was pumped up and ready for kids, Hot Diggity hotdogs were being served withprofits went to the school, a load of fresh flowers and plantings arrived and the inside of the store was fully stocked.

Three items were given away: a gas grill, a pressure washer and a 22-inch self-propelled lawnmower, which were announced the following Monday.

Everyone who came into the store got a bucket and all items they could get in the bucket were 25 percent off.

Everyone had a chance to win prizes by turning a wheel.

George and Delores Jordan drove up beside the gate to show their support in the start-up of the new store but since George had recently broken his arm he remained in the car but didn’t leave until Delores picked up a couple hotdogs.

The store features the familiar face of Jonny Hampton, a local resident whose only job he ever had was working at the hardware store.  He’s the connection to the past and the owners have enjoyed hearing people react to him being in there and working.  Hampton said it would take him a while to get used to the new technology but he will pick it up fast.

“This is a good Christian family in a small town; and you can’t get much smaller than the town of Cooleemee,” says Jamie Adkins, retail consultant with True Value Hardware.

Adkins said they were extremely happy, proud and thankful this store in Cooleemee was built back up as it once was when the George Jordan opened years ago. “The town has been very responsive and we are excited.”