Parker camp about more than basketball 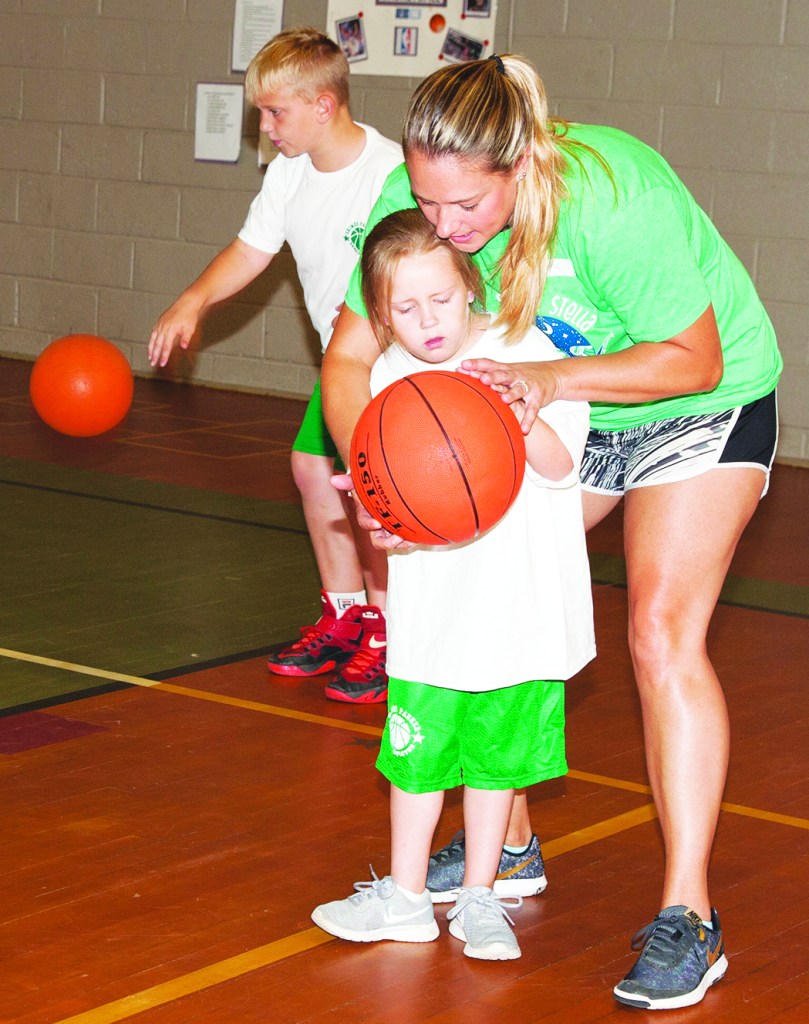 Aubrey Reavis gets to feel a basketball.

The year of 2018 seemed far away in 2009, hence the year of the first camp, but here we are and many thought it was one of the best.

Grimes Parker and his family, coaches and volunteers gathered once again to make sure the Grimes Parker Basketball Camp continued.

With the cost of $5,000 to put on the camp, the kids went home with new Nike tennis shoes, a free eye exam from Dr. Steve Laymon, a backpack full of goodies, a portrait in their uniform (Each camper wore their uniforms home.), a plaque and an experience they’ll remember for a life time.

The best part, each camper paid only $20 to attend the week-long camp.

Better yet, Grimes Parker himself had back surgery only a week ago and he told his doctor: “I’m going to my camp, even if I’m in a cast, I’m going.”

All ages are eligible to go to the camp from kindergarten to rising fifth graders. Campers are not segregated for exercise, drills or motivational speaking. When they scrimmage they do play within their own age group, but this year there were more kindergarten-third graders than any other age groups so it was mixed up a bit during games.

We always look closely at kindergarteners to make sure they are OK with the new camp environment.  Coaches aren’t quiet and all the stimulation can be intimidating.

Cute Aubrey Reavis, daughter of Andy and Ashton Reavis, struggled the first day. In one hand, she clinched a tissue, the other hand was holding her new friend’s hand, volunteer Dana Parker, and her face was no less than pitiful.  She didn’t want to touch the ball, trying to shoot the ball was totally out of the question and we all thought she wouldn’t be back.

But, like most kindergarteners, they do come back and their confidence and demeanors have changed.  We were so proud of Aubrey; she stayed until the last day with smiles and high fives.

The coaches and volunteers handle tender moments like these and they are the glue that hold everyone together.

The camp is usually the third week in June and all children in the Cooleemee School district can apply in the spring. Spaces are limited.