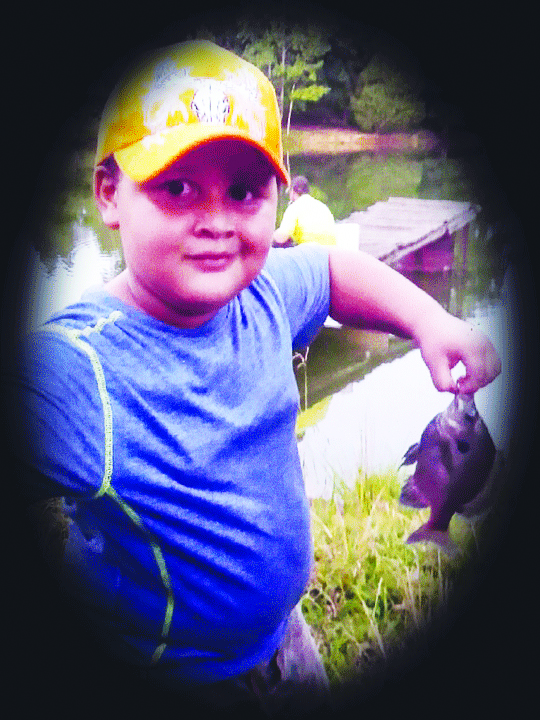 Avery Benge was a little man – a country boy type of man.

He loved to wear camoflouge and his Rebel hat, and work boots that were too big for his feet but made a loud sound as he walked through the house.

His mother, Christina Benge, shakes her head as she remembers his slow, country drawl when talking, saying things like “over yonder.”

On Saturday, Avery, 7, died in a UTV accident at a friend’s house. He had just finished first grade at Cooleemee Elementary School.

“Everybody loved him,” his mother said. “He was my mixed up little country boy … with that country slang.”

Getting dirty was fun for Avery, who was big for his age. He loved fried chicken and ranch dressing, but only Hidden Valley. Mom couldn’t sneak another brand in, he would notice.

“He was a good young ‘un, so kind hearted,” she said. “Kids could say something mean to him and he was right back being their friend like nothing had happened.”

He had a few chores, and was saving his money to buy a Spiderman figure.

He grew up on Riverside Drive in Cooleemee, raised by his mother and grandmother. “This whole street has been his. He knew everybody.”

His father, Willie Clement, had only recently been more active in his life. “He loved his daddy,” Christina said.

And while Avery didn’t like conflict with most people, he did with his sister, Haley Benge, 12.

“Avery liked peace and calm,” mom said. “He would argue with his sister, but not others. Avery was a momma’s boy who wanted to be a big man.”

“We’ve been so overwhelmed with the impact this little kid had on so many people’s lives,” said Marie Register, his mother’s first cousin.

Avery’s grandmother, who lived with the family, died four months ago. And Avery walked through Davie Funeral Service with Bob Sinclair, helping to pick out her casket, and asking question after question about the death and burial process. He saw a casket that was camoflouge green, and said that’s going to be his. That was four months ago.

When Sinclair related that story to the family, “we all lost it,” Christina said.

“I thought it was bad to lose my momma, but it ain’t nothing like losing my baby,” she said. “You just wonder why. I’m not going to get to see the little fella no more.”

Haley said her friends made fun of her for trying to be a “momma” to Avery.

“We fought a lot, but every time, he won. He made it clear that he always won,” Haley said. “I tried to ‘mom’ him, but he never listened to me.”

The two spent one year together at Cooleemee Elementary.

The tragic accident happened Saturday afternoon off Howardtown Road near the Smith Grove community. He was operating a UTV that had overturned onto him at the edge of the woods, said Davie Sheriff J.D. Hartman. The boy was riding alone, and adults went looking for him when he was late in returning.

Kindergartners get taste of ‘big school