Merrifield back after slow start 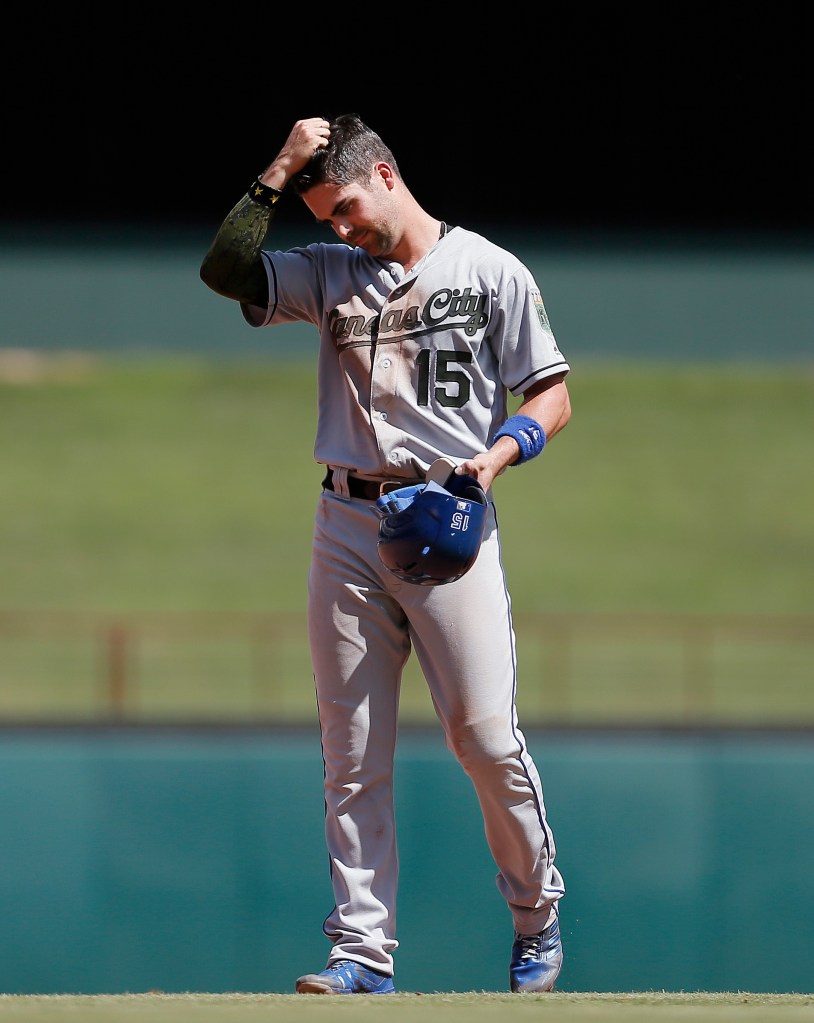 Kansas City Royals' Whit Merrifield (15) reacts to the end of the top of the third inning of a baseball game, Saturday, May 26, 2018, in Arlington, Texas. Texas won 4-3 in 10 innings. (AP Photo/Brandon Wade)

Whit Merrifield of the Kansas City Royals is coming off a 2017 season in which he hit .288 and led the American League in stolen bases, but his results didn’t look great at the beginning of 2018.

Merrifield’s confidence never wavered because his swing never changes. He has quickly returned to his indispensable self. When he collected three hits – along with three steals – in a 5-2 home victory over the Yankees, his season average had climbed all the way to .300. The 3-for-4 performance with a double against the Yanks came on the two-year anniversary of his major league debut. He extended his hitting streak to 11 games and lifted his May average to .391. He delivered seven multi-hit games in a span of 11 days.

“My swing never really changes,” Merrifield told Rustin Dodd of The Athletic. “It’s never changed since I was little. For me, results can be deceptive sometimes. As long as I feel good in the box, I’m seeing the ball and I’m in the zone, that’s all I care about.”

Here’s a tremendous accomplishment for the 29-year-old from Advance: In the first 162 games of his career, he became the seventh player in major league history to post more than 175 hits, 80 runs, 40 doubles and 20 steals.

The Royals (18-35) are in the midst of a major rebuild, and with Merrifield’s value at a peak, it wouldn’t be a surprise at some point this season if he was traded to a contender for a return in young prospects.

“This year has been really good, as far as consistency goes,” Merrifield said.

Isaac Campbell entered in relief for Gardner-Webb against Campbell in the Big South Conference Tournament at Liberty on May 24. In 4.1 innings, Campbell gave up three earned runs off six hits.

Jalen Scott will be playing for the Asheboro Copperheads of the Coastal Plain League, a summer collegiate baseball league, this summer.

Andrew Marshall contributed to this story.