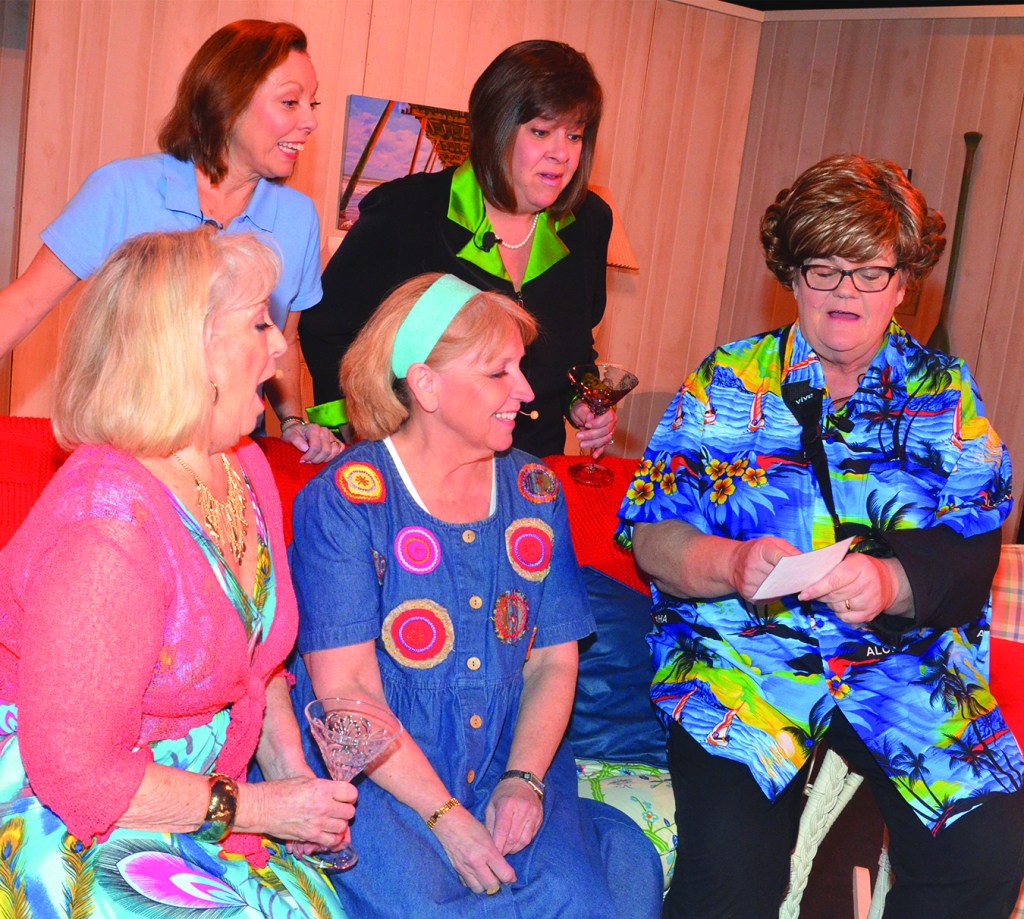 The cast of the Dixie Swim Club.

Vernadette tells things the way they are. No filters.

And when Lynn Vogler went to auditions for The Dixie Swim Club, the newest production from the Brock Players, she went home not only hoping she would be cast in her first play – but she would earn the role of Vernadette.

Vogler said she had thought about auditioning for a production in the past, but put it off. Then a girl in her church was cast in “Oliver!”

So she went to the audition for The Dixie Swim Club.

“I looked it up and said Vernadettte, that would be perfect.”

At times, it is hard to tell if she’s portraying Vernadette or if she’s just being Lynn. “There’s one part when I go off on biscuits … and I couldn’t help but think of my momma.”

The play, which will be at the Brock Performing Arts Center in Mocksville Friday-Sunday, features five Southern women, once college swim teammates, who visit the Outer Banks of North Carolina together every summer. They catch up on – and meddle in – each other’s lives.

The play covers some 33 years of the womens’ lives.

“Expect a lot of laughs,” said Director Donna Bissette. “It’s very sweet, give women who meet together for their annual beach trip. They share everything.”

She said the play is not recommended for younger children because of language and mature topics.

“They fight, yet they stay together throughout it all. It’s about women, but men can appreciate it, too. It’s a reminder about how friendships are fragile, and become more important the older we get.

“One thing that makes this show is that the cast members are friends. They didn’t know each other – but have developed great friendships,” Bissette said.
“You will see that reflected on the stage. That makes a real difference.”

The cast includes stage veterans as well as rookies like Vogler.

Also in the cast are Bobbi Eschenbach, who portrays Sheree; Robin Ball as Dinah; Angela Hodges as Lexie; and Vickie Smitherman as Jeri Neal.

“They really support each other,” Bissette said.

It is her first time directing a play at the Brock, although she has appeared on stage here. Bissette said the venue and people are superb.

“They (Davie County Arts Council) make it so easy, it truly is a delightful experience. They leave the joy of directing to me. Davie County is full of talented women.”