A lifetime of music ministry 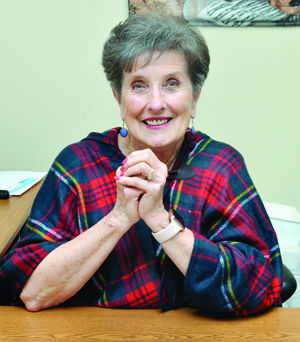 Barbara Basham’s parents saw the talent in their young daughter. And her desire.

So they got a piano.

It started a life of not only loving music, but teaching and sharing it with others. At the end of this month, Basham is retiring as director of music and the pre-school program at First United Methodist Church of Mocksville.

Growing up in West Virginia, she remembers as a child watching the church pianist. She begged her parents for piano lessons.

They gave in, but they had no piano. She went to a neighbor’s house to practice, and in her own words, pretty much aggravated them regularly.

The next year, her parents got a piano. She still has it.

After earning a degree in music education at the West Virginia Institute of Technology (She worked as the pianist for the college choirs.), she began teaching school and husband Giff, whom she had met at school, worked for Action for Appalachian Youth in East Bank, W.Va. He soon got a job with the FBI and their life changed.

They went to Mississipi for a short while, where she taught school, and then to Chicago, where their three children – Amy, Katie and Brian – were born.

Everywhere they went, she was active in the music ministry of a local Methodist church. She’s played piano. She’s been choir director. She’s played the organ. Some were volunteer positions, some were part-time jobs, giving her time to be at home with family while her husband was working.

She’ll still be children’s choir and handbell choir director, but at age 76, thinks it’s time to relax a bit more. Allison Gupton is the new pre-school director. Lou Wilson is taking over as choir director.

Basham thought it was part of her job to introduce residents to music, and she brought nationally- and internationally-known musicians to the church and community. She helped organize symphony concerts in town, and along with Lewis Phillips, organized a youth community choir. She’s co-chaired the Relay for Life.

She’ll miss the little pre-schoolers, of course, and the First Methodist choir, which she calls “a beautiful choir of talented people. I had an opportunity to be a part of it, and I’m going to miss that.”

Her plans for retirement? Relax, for maybe three days.

There could be some travel, more family time. She may even get back in the choir some day.

Barbara Basham’s last day at First United Methodist Church will be this Sunday, with a combined early and traditional service at 10:55 a.m. Former choir members have been invited to the service, which will be followed by a covered-dish meal.

On Saturday, Feb. 3 at 7 p.m., the celebration will continue, featuring an anthem by Pepper Choplin written in her honor, commissioned by her family. The Chancel Choir, opera singer Leonard Rowe, harpist Frank Voltz, Tommy Dunn, Lou Wilson, Lewis Phillips and other guests will be part of the program.

The concert will be followed by a reception.